PokerStars Unites with Poker Power to Promote Poker for Women 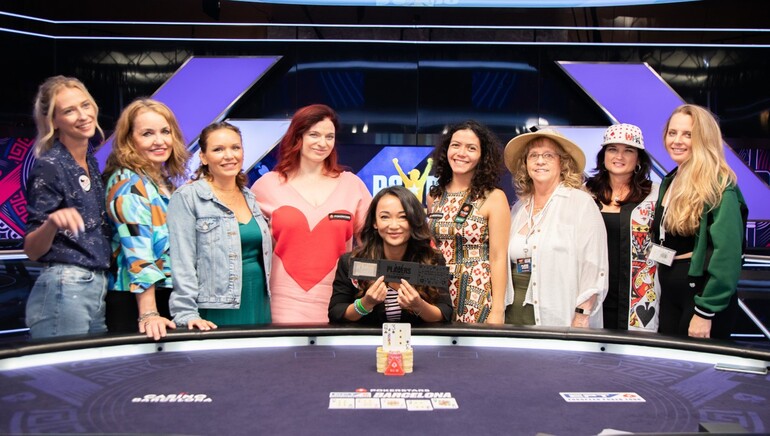 The world's number one poker platform, PokerStars, has partnered with a female-led organization, Poker Power. As its namesake suggests, it's all about empowerment for women players. It's a bold initiative between PokerStars, Poker Power, and it's an industry-first. The duo has established a Boot Camp directed at women poker players.

PokerStars is fully committed to expanding poker's broad reach, especially among female players. This strategic approach is designed to bring the fun of poker to women everywhere to ensure safe play online and in person. This slice of poker news comes hot on the heels of a report indicating that just 4% of 100 million poker players are women. That amounts to just 4 million players. But, thanks to PokerStars' partnership with Poker Power, that's all about to change.

PokerStars is gearing for significant change so women can build their skills, confidence, and focus in the game. PokerStars and Poker Power will actively promote women in poker by presenting them with lots of tournaments, guaranteed prize pools, and a robust Boot Camp that takes place over four weeks. Novices will learn the importance of tactics and strategies, bankroll management, strategic decision-making processes, and the psychological aspect of poker. All of this is geared towards helping women become better poker players.

The curriculum will include practice-play poker sessions via the Poker Powers app. This is known as Poker Power Play. In addition, PokerStars will be hosting unique poker tournaments directed at women. Each practice play module has a theme: confidence building, determination, discipline, perception, and boldness.

The Director of Partnerships and Customer Engagement at PokerStars, Rebecca McAdam Willetts, said,

We are thrilled to be able to work with such a progressive organization like Poker Power. Their work with women in poker is a great partner for this project. They also have programs that teach leadership and strategy players can use in the boardroom.

We have made great strides over the years, but we know much is still to be done. While we know that not all players are interested in events or activities for women, we have listened to our players and created this activity based on direct feedback. These boot camps provide a great way to get started in poker and encourage others to improve their skills.

The Managing Director and General Manager of Poker Power, Erin Lydon, is equally impressed with this bold new initiative

This is a great honour for us to work with PokerStars. PokerStars shares our vision and strategic mission for the future of women's poker. It is exciting to host a special Boot Camps with PokerStars. At Poker Power it's our mission to help 1,000,000 women learn business and life skills by playing poker.

Details of the Boot Camp

The four-week Boot Camp course is mostly about poker but also life skills and management. The Boot Camp is supported by personalized tutorials courtesy of PokerStars' ambassadors. These folks include the likes of GJ Reggie, Jennifer Shahade, Lali Tournier and others. These participants were chosen via an anonymous survey to coach newbie poker players.

Various other tools will be available to players, including a 24/7 service known as PokerStars Learn. This allows players to sharpen their poker skills in their free time and learn about poker hand rankings and various formats available for online poker games. After the four-week Boot Camp program, players will have a chance to compete at the Platinum Pass EPT Prague from December 7 through December 18, 2022.

This prestigious tournament has a buy-in of $25,000 PSPC in the Bahamas in January 2023, with six nights of accommodation at a five-star hotel for the winner. In addition, there are airport transfers, $1900 in expense money, and much more.