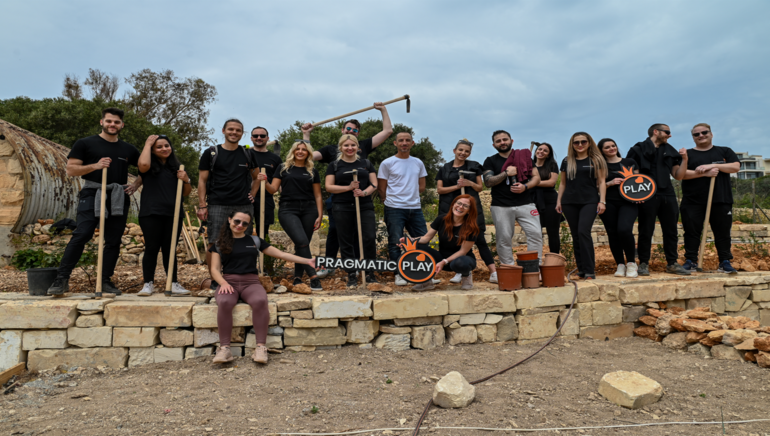 In celebration of Earth Day, Pragmatic Play commits to a three-year support program to ensure the longevity of Malta's Majjistral Nature and History Park.

Malta-based Pragmatic Play is a leading online casino and betting developer with a history of giving back to their local community. Over the years, they have become known for their charitable donations to many of Malta's community-focused outreach programs, including those dealing with social issues, health care and protecting the environment.

With this in mind, it came as no surprise when Pragmatic Play announced that they would be donating €30,000 to support the country’s first-ever natural national park, Majjistral Park.

While Malta is well-known as a leading hub for online gambling regulation, it is also home to the spectacular nature reserve, the Majjistral Nature and History Park. The park is poetically named ‘majjistral’ after the breeze, or the country's North-Western region, and is the crown jewel of the Northern region village called Mellieħa.

In addition to its selection of indigenous fauna and flora, this area is part of a larger Special Area of Conservation of International Importance due to the location, including several important archaeological sites, including the Għajn Żnuber Tower, a 19th century stone watchtower.

The announcement that Pragmatic Play would be donating €30,000 to the beloved national park came as part of their Earth Day Celebrations.

"Protecting and supporting the environment we live and work in is of huge importance to us at Pragmatic Play, so International Earth Day was a date in our calendar that we naturally had to celebrate.”

This celebration was not limited to snacks and a presentation on saving the planet at their offices. Instead, the company committed to a three-year support program for the reserve, which includes the coastal area from Golden Bay to Il-Prajjet and ix- Xagħra l-Ħamra.

"Majjistral performs an important role in maintaining and promoting the natural beauty and history of our island, and we're delighted to be sponsoring the nursery and contributing to its survival serves as a testament of our commitment to the local community.”

In addition to the headline-grabbing financial support, the content provider has committed to providing the national park with a number of seedlings. This act of kindness ensures that the park continues to support its animal and insect population, guaranteeing its longevity.