Pragmatic Play Fulfills its Charitable Commitments with Generous Donations in 2021 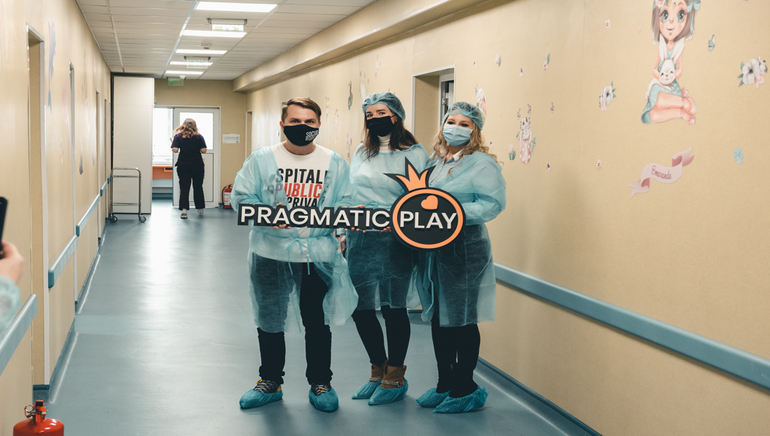 Pragmatic Play stepped up donations in 2021 and provided various charities from several European countries with the financial support they needed to fulfill their missions.

Pragmatic Play wraps up a fantastic year, with many achievements as a leading software developer. Throughout 2021 it has released dozens of popular games for online casinos and provided quality entertainment to players from all over the world. In addition to supplying fun games that cover all genres, the company has also donated large amounts to charitable organizations. In its quest to play a significant role as a responsible corporate citizen, Pragmatic Play made a genuine impact with its contributions.

Pragmatic Play Gives Back to Communities

The company has offices in Romania, Gibraltar, and Malta, so it was only natural for it to channel its generous donations towards local communities. In 2021, they supported local charities and projects that made a difference for the less fortunate in these countries. Pragmatic Play’s charitable commitments help on multiple levels and promote the equality of opportunity for everyone. The contributions made by the software developer were targeted to maximize the impact and bring meaningful change.

Back in March, Pragmatic Play donated €5000 to the Women for Women Foundation to celebrate International Women’s Day. A few weeks later, they supported the Metropolis Philanthropic Foundation in Romania with €21,000 to renovate a children’s oncology ward. The foundation has been helping kids in this country since 2007 and was able to put the money to good use immediately.

Pragmatic Play’s commitments to help those fighting this terrible disease didn’t stop there and €28,000 was donated to the Maltese Cancer charity Puttinu Cares. The money was spent to renovate the apartments that accommodate the families of Malta cancer patients receiving medical care in the UK. A similar donation of £11,000 was raised to the Calpe House foundation in Gibraltar to cover the expenses of Gibraltarian patients and escorts receiving medical care in London.

Caring to Animals and Humans Alike

Most of the money donated in 2021 was spent to help struggling people who need immediate assistance. The €20,000 donated to the Blondie Association to cover the cost of a flight to Palermo for a small boy requiring a liver transfer is a shining example. At the same time, the company donated €14,700 to the Homeless Animal Shelter and €6000 to other NGOs helping abandoned pets. Over the years, sizable amounts were donated to charities looking after neglected and sick animals.

Pragmatic Play has supported charities for many years and increased the variety and size of its donation in 2021. The company believes that sustainable businesses can only be built in a sustainable society and wants to do its part. These generous donations have made a difference for the beneficiaries while providing other businesses with the impetus to follow suit and support charitable organizations.