Pragmatic Play is expanding to also provide its live dealer games to Interwetten Casino (IW Casino), where players can now have access to blackjack and roulette.

Pragmatic Play is known for developing hit video slots in the form of Pirate Gold, Vampires vs Wolves, and John Hunter and the Aztec Treasure. In recent months, however, the software provider has attempted to diversify by developing a live casino platform that could be rolled out to clients.

Well, the news has now broken that Pragmatic Play has agreed a deal to provide Interwetten Casino (AKA: IW Casino) with a state-of-the art suite of live dealer games. Every moment shall be broadcast straight from a purpose-built casino studio, where trained human dealers are ready to host the action each day.

Pragmatic Play uses a single application programming interface (API) for the deployment of all iGaming content. Operators using the API have the support of 30 languages, while the gaming software has been designed in HTML5 to allow for instant compatibility on a host of desktop and mobile devices, including iPhones and Android.

In April 2019, the main studio opened in Bucharest and it now houses more than 40 tables, with the opportunity for expansion in place. Cutting-edge 4K cameras are used to capture the live roulette wheels and live blackjack tables, with the possibility for other variants coming later on.

In another recent coup, Pragmatic Play received a Recognition Notice from the Malta Gaming Authority (MGA) in commendation for the provider’s live casino and online bingo products. Alongside an MGA licence, the company also holds the equivalent with the UK Gambling Commission and Romanian National Gambling Office.

The licensing setup has allowed for Pragmatic Play to operate in more than 20 jurisdictions, with other newly acquired clients in the past 12 months including Casumo, Kindred, and PokerStars. IW Casino joins an esteemed list that’s also comprised of 888, bwin, GVC Holdings, LeoVegas, Mr Green, PartyCasino, Vera & John, and William Hill. 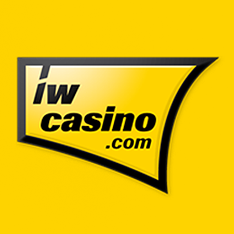