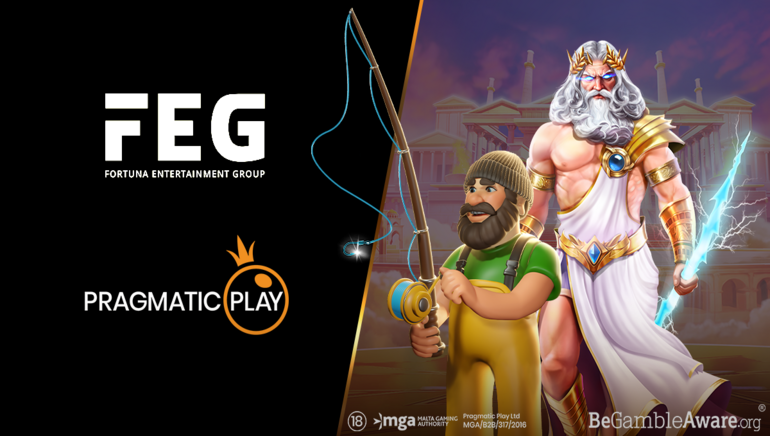 Casinos operated by the Fortuna Entertainment Group throughout Romania and Croatia will soon be able to offer their customers the hugely successful Pragmatic Play slots portfolio.

Under the terms of the agreement, Pragmatic Play will supply over 200 top-performing slot games, such as Sweet Bonanza, Big Bass Bonanza and the multi-award-winning Gates of Olympus, which are among the most popular games in the Romanian and Croatian markets. Fortuna Entertainment Group casino players can now enjoy other big hits, including Madame Destiny Megaways, plus new titles like Down the Rails and October Fortunes.

It's the latest in a series of deals that have seen Pragmatic Play extend its reach across multiple regulated European gambling markets in recent months.

Founded in 2015, Pragmatic Play has grown to become one of the premier suppliers of slots, table games, and live dealer tables to multi-channel casinos. The range is increasing at the rate of up to seven new slot titles per month, and the whole portfolio is available through a single API.

They have won multiple awards, such as the 2017 Software Rising Star award at the EGR B2B Awards and Best Digital Company at the Malta iGaming Excellence Awards ceremony.

Fortuna Entertainment Group, or FEG, launched in the Czech Republic and now have a significant presence in the Slovakian, Polish, Romanian, and Croatian markets, making them one of the biggest online gambling providers across Central and Eastern Europe.

Irina Cornides, Chief Operating Officer at Pragmatic Play, said: “FEG is an important operator in Romania and Croatia and its reach in those markets is impressive, so getting this deal over the line is particularly pleasing. Its presence will provide a fantastic platform for us to expand our exposure in two key regions.”

Sopko Stanislav, Group Head of Product & Channel Management at Fortuna Entertainment Group, said: “Pragmatic Play is a creator of some of the most popular slots in Europe, particularly in Romania and Croatia. Providing our players with their titles greatly benefits us and our brand, which has received a huge shot in the arm thanks to this agreement.”