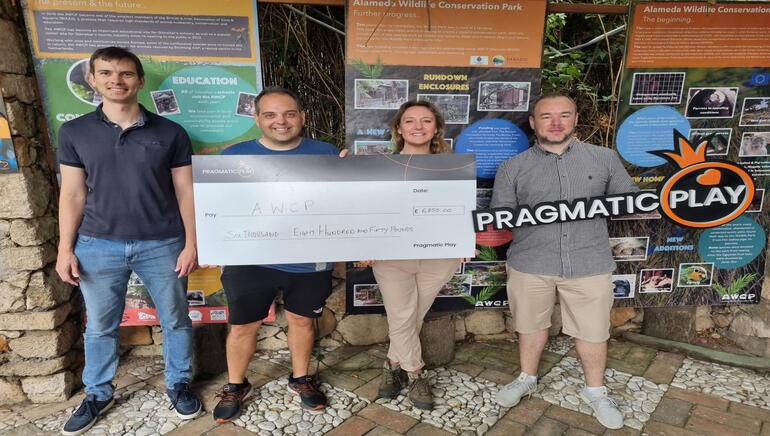 Pragmatic is making a refreshing donation in one of iGaming’s key jurisdictions.

Top content provider Pragmatic Play has donated to a natural sanctuary in one of iGaming’s key jurisdictions.

The donation of £6,850 to Gibraltar’s sole wildlife sanctuary the Alameda Wildlife Conservation Park (AWCP) marks a refreshing re-investment in a jurisdiction which has been a haven for the growth of iGaming.

AWCP augments these projects with selected captive breeding programmes where they raise and preserve at-risk animal groups in controlled habitats within the sanctuary.

Native and exotic species such as the cotton topped tamarin which the AWCP also houses within Gibraltar’s expansive Alameda Botanical Gardens come in as unwanted exotic pets and those confiscated by customs.

The Pragmatic donation will go towards AWCP’s latest exhibit featuring North American turtles--to refurbish the irrigation and filtration system for the turtle ponds and maintain the cleanliness of the indoor and outdoor living areas of the turtles.

The housing of AWCP’s North American turtle represents a new variation of habitat for the tropical species-focused AWCP sanctuary, with unique conditions to be improved for species including the common snapping turtle; map turtles; and yellow-bellied sliders, all capable of living for 70+ years.

Pragmatic Play CEO Julian Jarvis described the valuable role of the AWCP:
“As the only wildlife park in Gibraltar, the AWCP fulfills a crucial part in the protection of rare animal species.”

Jarvis asserted organisational pride in being “able to support the restructuring of its outdoor spaces and turtle ponds.”

Jarvis indicated that up to four species of turtle will be accommodated with the habitat upgrades to provide a “specious pond in a prominent area of the park” for the turtles to live.

Jarvis further looked forward to more participation in the identification and implementation of support for the conservation group “moving forward,” which suggests an ongoing partnership if things work out.

Having forged its reputation as a major provider of seven new slots a month as well as Live Casino and Bingo games through a single API, the donation represents an intriguing new move to diversify BGC-licenced Pragmatic’s image further with the key social conscience component as it expands.

Raising consciousness for a cause that is equal parts worthwhile and refreshing in one of iGaming’s first regulated jurisdictions appears a solid step forward.