Prague Gaming Summit Enlivened and Emboldened All Who Passed Through 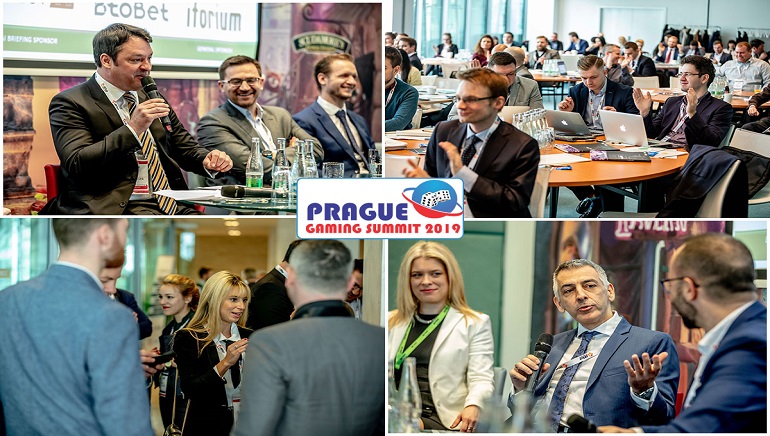 Against an unforgettable backdrop, a new level of achievement and engagement was achieved at Prague Gaming Summit 3.

The third edition of Prague Gaming Summit was a rousing success March 20th.

At the conference capital, the third edition of Prague Gaming Summit gathered over 110 key industry stakeholders.

The European Gaming Media conference agenda adroitly wove together unique panel discussions, an exclusive IMGL MasterClass, informative keynote presentations, a fireside chat, several networking opportunities and a live music performance by Tal Ron himself, who performed original music songs “Four on the Floor,” “It’s Only Natural (Alone in the Dark with You),” and a surprise hit.

Those who missed it need not despair, as the audio recordings of the panel discussion and videos will be available to members in the coming weeks on the EuropeanGaming.eu website.

Co-Founder, Co-Owner and Head of European Gaming Media and Events Zoltan Tundik was “honoured” by the turnout, while enthusiastically turning his focus attention to 2020's fourth edition, as “Prague Gaming Summit continues the mission of all our event, quality learning and networking in our special boutique style!”

Many delegates expressed enthusiasm, including Efbet Casino and Sport Global Research Analysis and International Development Head Vladimir Petrov, who thanked Zoltan and the European Gaming Team for insights into “the new regulations in Eastern Europe” which covered “the new opportunities and the new ways to the operators."

Trustly Director of Gaming Accounts Vasilije Lekovic added that “Prague Gaming Summit was a great place to discuss the current hot topics in the gaming industry and exchange opinions...It was a pleasure...sharing my views from the Trustly perspective.”

Meanwhile, the series rolls on, with European Gaming Media and Events working profusely ahead of coming locales in 2019 such as Vilnius for MARE BATICUM Gaming Summit; Budapest for CEEGC & CEEG Awards; and Milan's massive European Gaming Congress. But the crown jewel remains Prague Gaming Summit.