Prepare to Set Sail with Viking Voyage from Betsoft 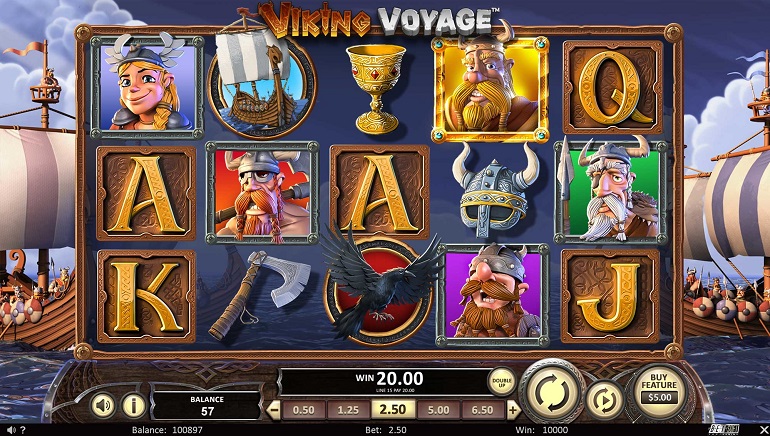 Viking Voyage draws from its rich Scandinavian heritage, and features a royal assemblage of characters. These include the proud Viking Warrior Wild symbol. The Viking Warrior King works alongside all other symbols including the Raven Scatter symbol to form winning combinations.

When players land 3 Warrior Kings on top of one another, a free re-spin is automatically triggered. The Long Boat bonus symbol forms on reels 1 and 5, and awards players with free spins. Odin's Raven is the Scatter. When players land the right number of ravens on the reels, generous payouts will result.

Buy or Double Up – It’s Your Call

Standard symbols include the 10, Jack, Queen, King and Ace. Perhaps the most unique feature of them all is the ‘Buy Feature’ illustrated by the gold coin deposit. When players want to buy into the free spin feature and enjoy 12 free spins this can easily be done with the Buy Feature for a nominal fee.

Every time players land a bonus buy coin, the cost of the Buy Feature is reduced. For players who trust in Odin there is also an opportunity to enjoy a Double-up Game. A coin toss can double your winnings and set you on your merry way.