Push Gaming’s Mystery Museum Offers a Window into the Past 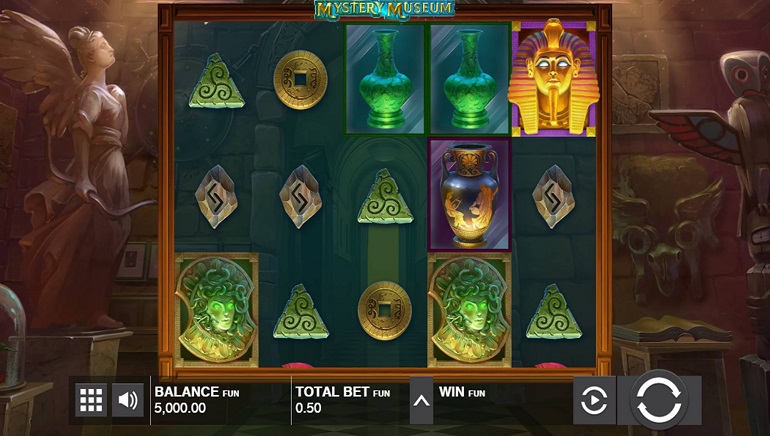 Push Gaming, a leader in developing innovative online casino games has launched a brand-new attraction in Mystery Museum. This 'time-travel' themed video slot teleports players through the ages on a nocturnal adventure through a Mystery Museum. The slot game was launched on August 27, 2020 with Rootz, Kindred, LeoVegas, Casumo, EveryMatrix, and Betsson. Mystery Museum plays out on a 5x3 grid with 10 lines in play.

Win up to 500X Your Bet in Mystery Museum

The museum is peppered with an array of ancient artefacts, and unbelievable surprises at every turn. The Mystery Stacks are represented by the stained glass windows. A captivating variety of high-value symbols is peppered across the reels, helping players to form winning combinations along the way. Multiple 3-of-a-kind, 4-of-a-kind, and 5-of-a-kind symbols are readily available. Up to X500 per line in winnings can be won in Mystery Museum.

Earlier in 2020, Push Gaming launched Joker Troupe’s Hypermode feature. Now, the latest game launch from this software developer features a Power Gamble element where players have 3 unique gaming options to advance through. These can lead to substantial cash prizes and free games too. The latter element features Mystery Stacks. While the free games are in play, Mystery Stacks can be sticky and progressive. This means that it’s entirely possible for players to win big on every spin that takes place.

The CEO of Push Gaming, James Marshall was thrilled at the recent release of the game, ‘We’re known for quality over quantity…. Mystery Museum comes equipped with some fantastic features…we’re sure that Mystery Museum will bolster the portfolio of any operator.’ The game was an instant hit at Mr. Green Casino, and is slated for widespread release through Push Gaming via the Malta Gaming Authority (MGA) platform, and the United Kingdom Gambling Commission (UKGC) platform, in addition to Relax Gaming.