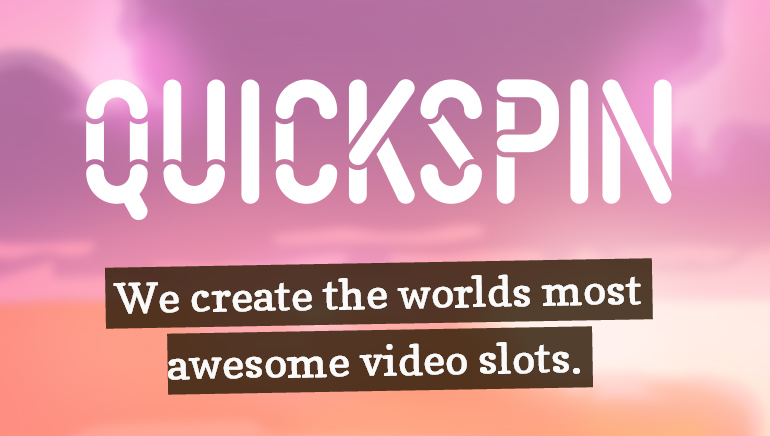 Fans of Swedish-based games supplier Quickspin will now be able to play their full line of offerings at William Hill Online Casino.

Quickspin has been having a great run of things recently.  At the EGR B2B Awards held in London not long ago, Quickspin won "Mobile Gaming Software of the Year" and "Social Gaming Supplier of the Year" and was highly commended in the category “Slot Provider of the Year.”  Awards aside, Quickspin is well-known for their games and in one of the biggest deals they have ever signed, they can now add William Hill to their UK client roster.

William Hill is always at the forefront of the online gaming industry and this new agreement with Quickspin will improve their offerings immensely.  They will gain the entire Quickspin games suite including hits like Beowolf, the Three Musketeers, Treasure Island, Firestorm and many more.

Rapid Growth in the UK

This deal comes after Quickspin had already signed similar deals with other UK online gambling platforms like bet365, Ladbrokes and Gala Interactive.  “We continue with our entry into the UK market and I am very proud that William Hill, being one of the largest and most reputable operators in the world, have selected Quickspin as one of its suppliers,” related CEO of Quickspin, Daniel Lindberg.

Quickspin is obviously doing a lot of things right and their dedication to creating quality, innovative products is definitely the right choice.  2014 is the main focus of the Swedish company as they continue their aspirations for growth.  Quickspin is set to announce yet another UK-based agreement following the William Hill deal proving that their games are what players and operators want. The dedicated team at Quickspin creates titles that they, as players would want to play.  Never cutting corners on quality the ever-growing list of video slots at Quickspin will not disappoint. William Hill has once again inked the right deal and soon enough the award-winning video slots by Quickspin will be available at the famed UK operator.

The Scoop on William Hill Casino