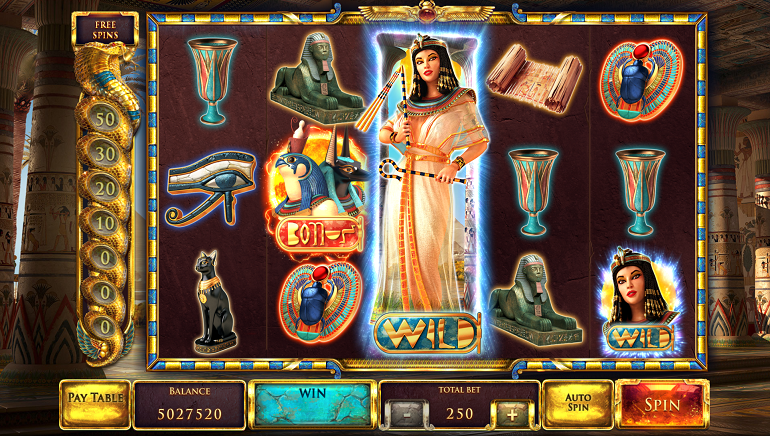 Players at Videoslots will now have access to 30+ slot titles from the Red Rake Gaming library, including titles such as The Asp of Cleopatra and Electric Sevens.

Videoslots Casino has established its reputation as the industry leader in terms of games offered on their site. The casino hosts well over 2,400 titles in total and they constantly expand on their portfolio through strategic partnerships with new game suppliers. Videoslots has just inked another such deal, this time around with Red Rake Gaming, a game developer with 30+ slots and a range of other gaming products.

More Variety for the Players

Videoslots sticks to a business policy of expansion in terms of quantity and quality. Although they aim to constantly add new titles to their gaming library, the company strives to keep focus on quality as well, partnering with developers that can offer real value for the players.

Red Rake Gaming fits this general idea as the company's gaming portfolio offers a variety of visually appealing titles that cover a broad range of topics and narratives. Despite only having 30 odd slots under their belt at the moment, some games such as Electric Sevens and Super 10 as well as recently released The Asp of Cleopatra and Eastern Goddess enjoy great popularity with the players.

This latest partnership is particularly important for Red Rake Gaming, whose Head of Business Development Carlos Fernández Aguilar recognizes Videoslots as one of the key players in the online gambling industry around the globe. Aguilar is convinced his company's titles will be welcomed by the players at Videoslots.

Apart from slots, Red Rake Gaming also has 20+ video poker machines alongside a dozen video bingo games, covering a broad range of gaming tastes. The company has been on a steady expansion path over the last couple of years, obtaining licenses to offer their games in regulated markets in Italy and Spain. Their games have been independently verified for fairness and randomness by several auditors, so the company partnering with Videoslots comes as no surprise.