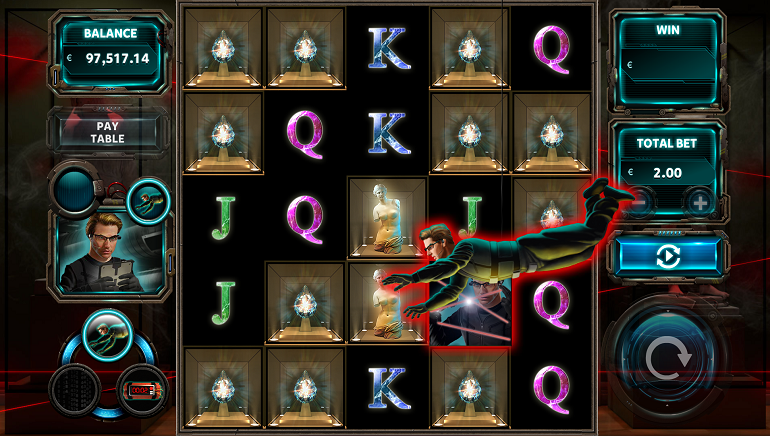 Red Rake Gaming is going big with its new 777 Heist slot, which features Thief Skills and the chance to steal the Mona Lisa for free spins.

George Clooney proved in the Ocean’s franchise that people enjoy seeing a good heist play out. And Red Rake Gaming seems to agree, having funded the development of the brand new 777 Heist slot. A rich collection of features will be up for grabs while playing 777 Heist at participating Red Rake casino sites.

In 777 Heist, players get to enter through the roof of a highly secure museum. After hacking the security system, a smoke bomb can then be used to gain access to the illustrious Mona Lisa. A number of other perks can be claimed in a slot that Red Rake has produced with medium variance and 95.37% return to player (RTP).

777 Heist is designed for mobile or desktop devices and shall exhibit a slot interface made using five reels and five rows. The 25 symbols can be used to match three or more symbols, either vertically or horizontally, to win up to 1,667x the stake. After winning with three symbols, a wild shall be added to the middle spot.

When a player fails to win, this can result in Thief Skills being randomly activated. Hacking results in a random symbol being replaced by new symbols across the entire interface. If it’s Harness, then this adds two wilds to the reels. Finally, Smoke Bomb causes two random types of symbols to disappear across the entire screen.

If artworks are used for winnings, then it’s possible to fill a special meter. Three artworks fill one-third, four fill two-thirds, and five completes the meter. This causes a Special Spin and the activation of all three Thief Skills.

Thief Skills can be used to complete the special challenge of removing all symbols, except for wilds, from the screen. This achievement will a 100x multiplier and trigger free spins, which can continue to be obtained for the on-screen accumulator.