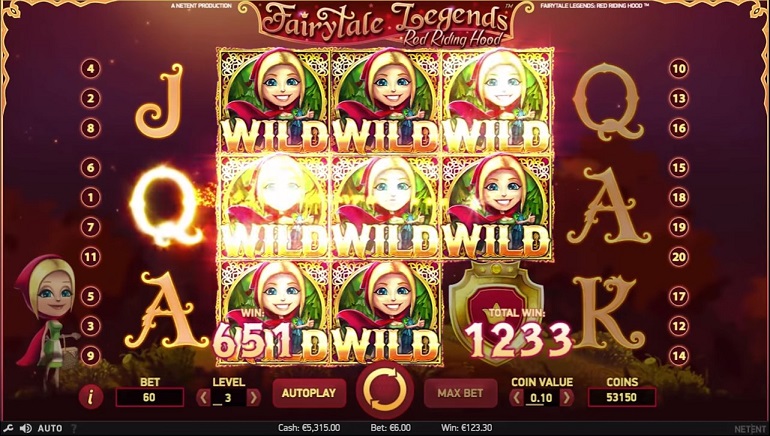 Fairytale Legends comes next after the superb NetEnt Rocks series. Red Riding Hood is out now at NetEnt casinos, with more fairytale slots to follow.

The NetEnt Rocks series has been a major hit in 2016, with players loving the show-stopping experiences that were Guns N’ Roses, Jimi Hendrix, and Motorhead. Moving forward, NetEnt will continue this trend by launching a brand new series called Fairytale Legends. Red Riding Hood is the first of the releases and can be found now at NetEnt casinos like Karamba Casino and Mr Ringo Casino to name a few, with more slots due to arrive in 2017.

To set the scene, NetEnt starts the slot with a fairy who introduces the special features, with players able to click “Continue” to launch the actual game. Visually, the symbols are displayed in front of a tranquil forest that looks every inch the fairytale. Little Red Riding Hood herself stands on the left of the screen, lit up by autumnal colours.

On the interface itself, players will see five reels and three rows combining to accommodate 15 symbols. Using those symbols, players will have opportunities to win via 20 fixed paylines. Playing card symbols are the most common symbols, with fairytale symbols like books, crows, and treasure chests also appearing.

NetEnt has designed its Red Riding Hood slot with an array of wagering options, with he coin values beginning at €0.01 and can rise up to €1. At betting level one, the minimum possible bet is €0.20, while betting level 10 will allow for wagering of up to €200.

Sticky Wild Re-spins shake up a traditional feature by letting players have a free spin with the wilds locked in place if two or more appear on reels two, three, or four. Then there are random features like Fairy Magic Spin, Fairy Surprise, and Fairy Wild Spin, which are designed to help players win.

Red Riding Hood also has bonus symbols that can land on reels one, three, and five. One symbol has to land on each reel at the same time to begin this feature, which allows for players to earn free spins or a coin win, but there is a better option. In the Beware the Wold Bonus round, players use a spinning wheel to progress through a forest and unlock rewards on their journey. 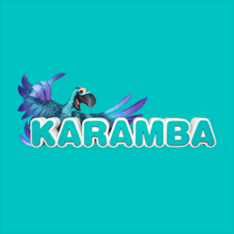