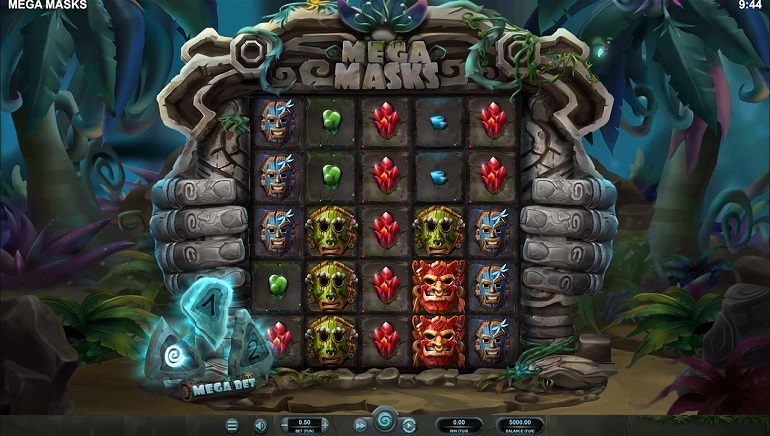 Relax Gaming is following up on Snake Arena and Tower Tumble with the release of a new slot game called Mega Masks.

Relax Gaming began small in 2010 and can now take pride in holding five studios across Europe. And it’s from those development teams that Relax Gaming can now showcase the launch of the brand new Mega Masks slot.

In developing the slot game, Relax Gaming revealed that the priority was always to include the Mega Bet feature, but more on that will come. After considering a ‘70s disco setting, the development team eventually decided on Guatemala as the setting.

Mega Masks is eye-catching for its use of five reels and five rows of symbols, combining to display 25 symbols at any given time. A low wager of €0.10 is permitted for each spin, but players with grander aspirations can raise their stake all the way to €100.00. A total of 41 paylines are shown in the paytable, giving numerous ways of winning.

There’s nothing new about a wild symbol that substitutes for missing symbols, but they can prove useful. Meanwhile, free spins can be triggered through the landing of three simultaneous bonus symbols on reels one, three, and five.

At random, there’s a chance of the Mega Symbol becoming activated, thus causing two or more reels to merge into one enormous symbol. This feature can combine with free spins, with the aim being to launch fireflies for the purpose of clearing artefacts on vines. By clearing the artefacts, this makes it possible for symbols to merge across reels.