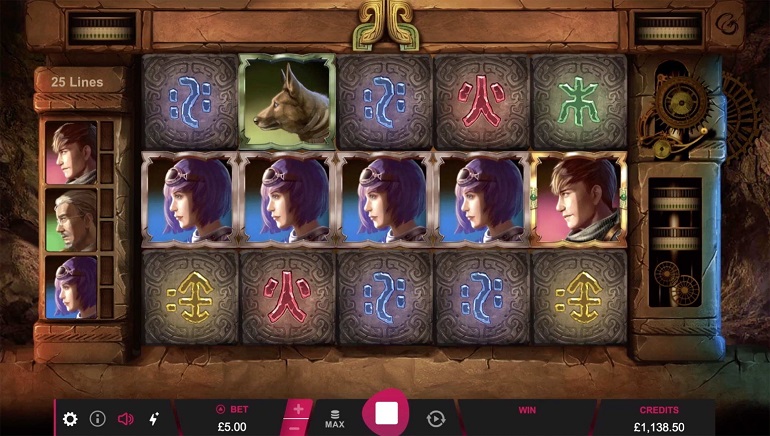 Dare to Adventure into an Ancient Tomb

Relic Seekers slot machine game is the latest thematic masterpiece from legendary game maker Microgaming, courtesy of Pulse 8 Studios. As one of the newly-minted, Asian-themed casino games Relic Seekers is a wild ride through an age-old tomb known as the Dragon’s Vein. Players are thrust into an energy-infused slot machine game with 5 spinning reels, 3 rows, and 25 pay lines of wild action.

True to form, this HD video slot game reveals an ancient treasure from Huangdi’s era. Players can partner with three adventurers on this epic journey. They include the Free Man- a fearless adventurer of note, Prof Morgan an archaeologist with an expansive knowledge of the ruins, and the lively Nora who can't wait to get the adventure started. The Dragon’s Vein holds many secrets and as you adventure deeper into the tomb, these will soon be revealed.

Multiple entertaining features await adventurers in this game, including the Rolling Reels and the Symbol Turn Wild. These features ramp up the action as you pursue ancient treasures. Another entertaining feature is known as the rolling reels feature. Whenever a winning combination forms, this feature triggers and will result in exploding symbols which allow new symbols to drop into place to form new combinations. After several rounds of rolling reels, the Symbol Turn Wild feature kicks in. It converts many high character symbols into wilds, with sizeable winnings up for grabs.

Once players land 3+ scatter symbols on the reels, Relic Seekers slot game goes into overdrive. Free spins are awarded and players can activate a bonus round made up of 10 free spins. The ancient tomb requires secret keys to unlock treasures. Players can move towards extra free spins and double multipliers in this expertly crafted adventure slot game.