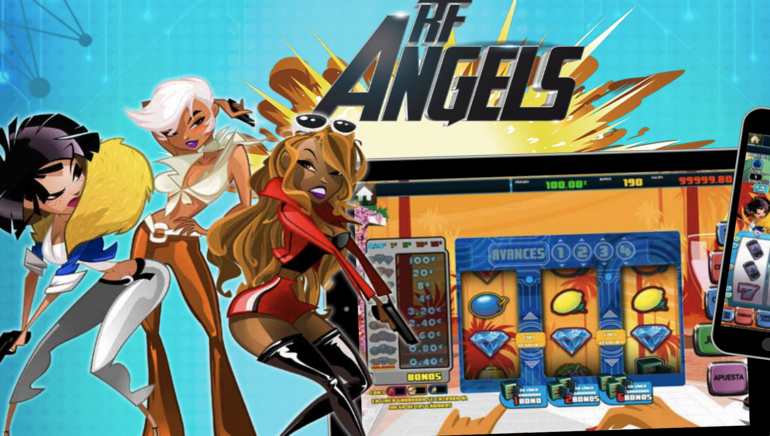 RF Angels are the successful result of the partnership between MGA Games and R Franco two of the most important suppliers of online casino games for Spanish players.

R Franco and MGA Games have developed an excellent partnership that has created fantastic slots over the years. The two companies shook hands, and the latest release is a game that should appeal to Spanish players this summer. RF Angels is a fantastic slot officially unveiled across casino platforms in Spain on July 25. The slot brilliantly captures the essence of the land-based casino game, a slot that was first launched in 2016 and remains popular after six years.

MGA Games is one of the best-known and most respected software developers powering casinos dedicated to the Spanish audience. The games produced by them are localized for this region, and in recent years, they have won the hearts and minds of local punters. The partnership with R Franco has resulted in a game that beautifully reproduces the assets of the classic machine game. If the name sounds familiar, it is based on the Charlie's Angels series and its fascinating characters.

When you spin the reels off RF Angels you will enjoy the interactions with the famous characters from the series. The game radiates adrenaline and glamour and uses the latest technologies to immerse players fully in the atmosphere. This is the third game in a series that has included Santa Fe Mix and Gnomos Mix and cements the partnership between MGA Games and R Franco. The former has added its proprietary Triple View technology, making games more responsive and better for mobile devices.

There is more than meets the eye about this glamorous-looking slot, and players will appreciate the unique mathematics created by Whatsmore. the desire was to create a game that looks as authentic as possible while featuring modern functions, such as the auto and the retention button. The gameplay is simple and attractive, with the slot having five mini-games in the lower and upper screen game. This is where armored boxes glittering with gold, jewels, and other treasures can be found.

RF Angels is a medium volatility slot with three reels that appeal to casual and recreational punters. As the game was developed for the Spanish audience, commodities are available in their native tongue while also being offered in English. One of its best features is the extra spins claimed by unlucky players on the lower side of the screen as a consolation prize.