RGW: a Conference for the Ages Successfully Launched its Second Decade 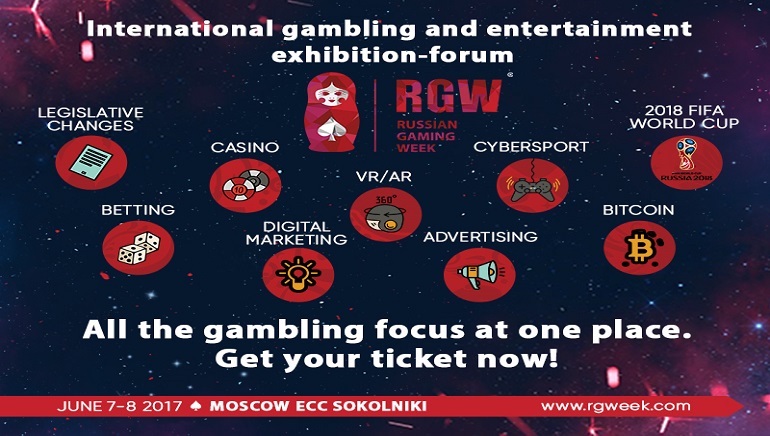 In Moscow, RGW 2017 re-affirmed the prowess and iGaming power of the CIS region.

Russian Gaming Week in Moscow has come off with smashing results.

From June 7-8th, the 11th International exhibition and forum Russian Gaming Week enlightened all attendees to the most topical iGaming issues of the year, including current and emerging legislation of note; the progress of the first Russian gambling zones operation; eSports in the betting sector and the upcoming football world championship.

Russian Gaming Week launched its second decade of existence as the benchmark gaming event of the CIS region by hosting over 2500 people local and international industry professionals including analysts, economists, lawyers, representatives of betting companies, owners of online casinos, and investors.

Highlights of RGW-2017 included over 20 reports; 12 hours of speeches and discussions; an exhibition of the latest achievements of the gambling sector; and the first ever open lecture dedicated to topical issues of betting and gambling.

Also offered for the first time at this RGW was the Developer zone, an exhibition platform for developers to showcase gambling software and preview online casino platforms that were made available to attendees as first to market.

The most popular topics covered at the conference included crypto currency in gambling, moderated by CryptoPay Managing Director Eric Benz. He introduced the attendees to bitcoin debit cards, whose key advantage he emphasized as making international money transfers as simple as emails.

Another highly popular topic was legal aspects of the gambling industry. This presentation was headed by Lawyer Mariya Lepshikova, who spoke about the process of licensing bookmakers in Russia, complemented by AdConsul Managing Partner Julia Nemtseva’s overview of new promotional tools for betting.

The RGW Exhibition Floor featured two new formats: open lectures and the Developer Zone, where groundbreaking exhibits were on display from a diverse range of brands which included BetConstruct, UB Gaming, Slotegrator, and VR2Go.

The acumen that Russian exhibitors and presenters are showing for innovation and expansion positions RGW as the place to be to get a leg up on all goings on within the lucrative CIS region and the iGaming global market as well. Next year’s event should not be missed.