Rich Wilde and the Shield of Athena by Play’n GO 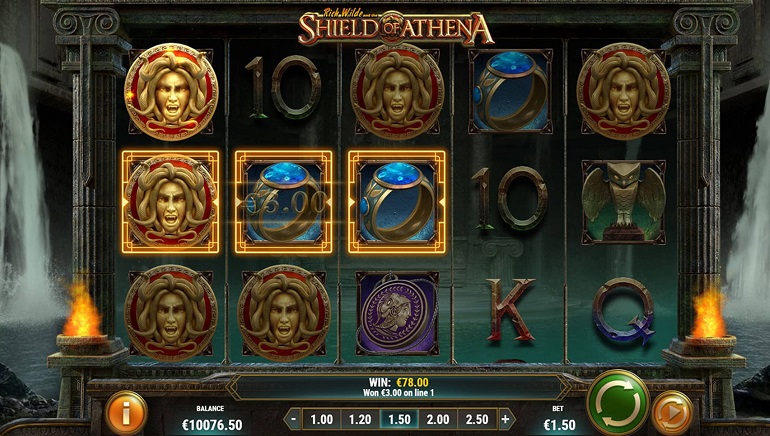 Riche Wilde returns in an action-packed adventure along with his intrepid explorer of a daughter, Cat Wilde. The brand-new slot game – Rich Wilde and the Shield of Athena – is the fifth installment in the hugely popular series.

Wilds and Scatters with Father and Daughter

Merging mystery, mystique, and mega winnings, Rich Wilde and the Shield of Athena has all the makings of a successful slot machine game. The wild symbol is represented by Rich and the scatter symbol is represented by Cat. Wild symbols can substitute for other symbols – high-paying symbols and low-paying symbols to form winning combinations of 3+ symbols. The game features 10 paylines. When the scatter symbols trigger the Gorgon Medusa Gaze feature, things really take a turn.

Medusa's Gaze occurs when players land between 3 and 5 Cat Wilde Scatter symbols. 3 Scatters award players with 10 free spins, 4 with 12 free spins, and 5 with 15 free spins. The option for unlimited free spins is available with Medusa’s Gaze. The game has a default return to player percentage of 96.25% and is available on PC, Mac, iOS and Android devices.