Rick And Morty Are Back In A New Slot 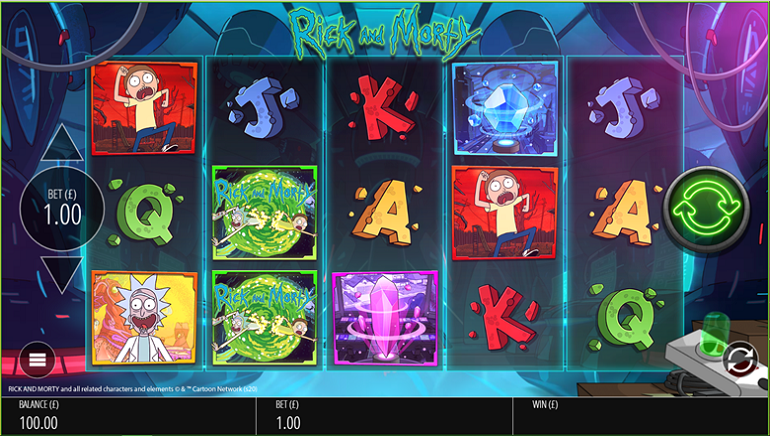 The wildly popular adult animated show is taking over the iGaming industry as Blueprint Gaming releases a new slot.

When Blueprint Gaming released the first Rick and Morty-themed slot game, fans went crazy for it. It became a smash hit in no time and soon after calls were made for a sequel. Well, that time has come, as Blueprint has released a hilarious and exciting slot entitled Rick and Morty Wubba Lubba Dub Dub.

This game is wild and includes a lot of the storyline of the hit television series including dimension-hopping, the lovable Pickle Rick, and more.

This sci-fi odyssey is full of special features like new bonus rounds and reel modifiers.

The original Rick and Morty Megaways game was released earlier this year in partnership with Warner Bros. Consumer Products, owner of the Rick and Morty license.

Lovers of the show will be impressed with the detail and accuracy of this game. There is a range of new bonus features and modifiers that are based on popular episodes and its unique characters.

Rick and Morty™ Wubba Lubba Dub Dub is as interactive as it gets. Players are able to activate the Portal Gun during any spin, which allows Pickle Rick to reward players with one of seven multipliers.

The creators and their partners are thrilled about the new release.

Jo Purvis, Director of Marketing and Relationships at Blueprint Gaming, commented: “We’re getting schwifty as we release our brand-new game featuring the sociopathic genius scientist and his inherently timid grandson!

“Rick and Morty™ Wubba Lubba Dub Dub promises to be even more entertaining with an abundance of new features for players to experience. The design team has done a tremendous job in bringing the animated duo’s antics to life in this new version and we’re confident the game will prove very popular with players worldwide.”