Rock Out with This is Spinal Tap from Blueprint Gaming 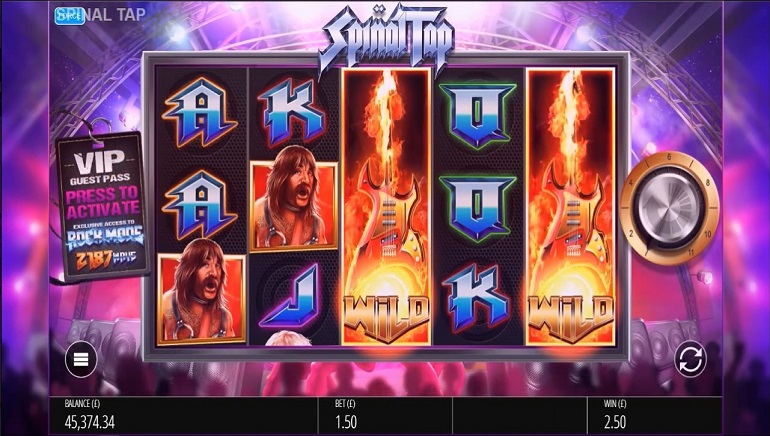 This is Spinal Tap is a funny new slot based on the rock mockumentary from 1984. Get full details on this Blueprint Gaming slot right here.

This is Spinal Tap is a comedy classic from the mid-1980s in which the mockumentary style was pioneered in order to capture the antics of a fictional English rock band. Now, Blueprint Gaming has gotten the band back together for one performance, which takes the form of the This is Spinal Tap slot.

After obtaining a licence from Studiocanal, Blueprint was awarded the rights to recreate principal characters David St. Hubbins, Derek Smalls, and Nigel Tufnel for the slot game. Blueprint has already released branded slots in Worms Reloaded and Top Cat, while This is Spinal Tap is now playable across participating Blueprint casinos.

Blueprint has depicted the rock slot as taking place at a concert where metallic structures and a mix of pink and purple tones surround the stage. Meanwhile, the band members make their appearance as symbols populating the five reels and three rows. Blueprint has also added the amusing control button that allows for the volume to be increased up to 11.

This is Spinal Tap also comes with a bonus round that is closely tied to wild symbols, which can be used for substituting for missing symbols. A spinning turntable will start its revolutions before being stopped by a needle to determine how many extra wild symbols will be added to the slot interface.

Blueprint has also included a feature that adds up to 11 free spins to the experience. The June 2018 press release from Blueprint has described the feature as being a VIP pass that also includes a super bet and modifiers.