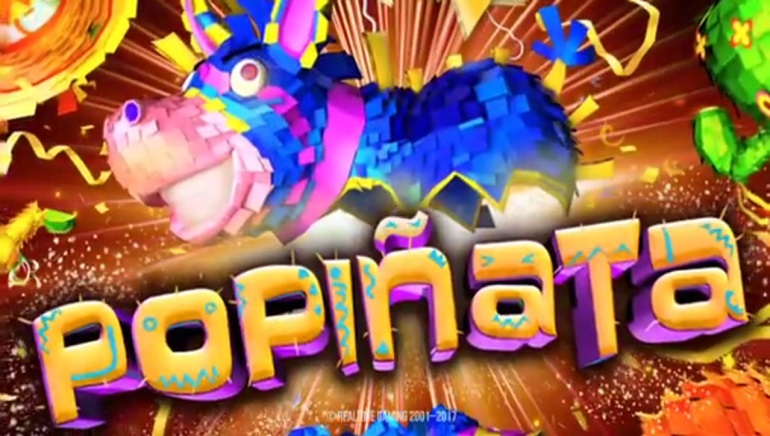 Popinata is a new slot from Realtime Gaming that has just been launched for Cinco de Mayo.

Released in time for the Cinco de Mayo festival that's held across Mexico and beyond, Popinata is a new slot game from Realtime Gaming (RTG), that celebrates party time, Mexican style.

With 5 reels and 10 paylines filled with cacti and donkeys, this fun game comes with expanding wilds and respins, plus extra winning chances when symbols line up on 3 or more reels from either the left or right sides.

Playable from $0.01 to $10.00 per spin, Popinata can be found across mobile and desktop versions. The symbols seem to float against a starry sky in the Mexican desert and there's a couple of large cactus plants adorned with party lights, sitting to side of the reels. It's an effective design that has a suitably jaunty soundtrack to go along with it.

Other than the cacti, symbols include fireworks, guitars, sombreros, tacos and tequila, but the symbol that gives players the most reasons to party is the donkey piñata. Even though it only stops on the middle three reels, this cartoon-style creature has a couple of functions to do.

It's a wild symbol that will expand across any reels that it lands on to substitute for others and help create extra winning combinations. Following the payout for any lines created by the wild, the donkey will be held in position while any other reels spin again, potentially making up a further winning line, while landing another donkey will trigger a further respin.