Sail the Wild Seas in 2018 with Elk Studios New Slot 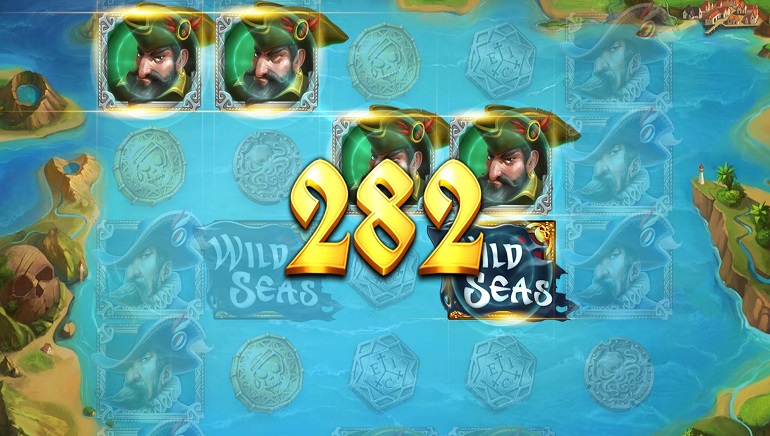 The Wild Seas slot features a 5x4 setup, 178 ways to win,and exciting bonus feature with wilds and high paying symbols all over the place.

Elk Studios, a smaller but very creative game developer, announced they'll be kicking of the new year with a new, exciting slot called Wild Seas. As you could guess from the name, the game is all about ships, sailing, and, of course, pirates to add the sense of the adventure.

The Wild Seas slot is based on the story of Anne Bonny, a notorious 18th century pirate whose ships created havoc for merchants traveling through the Caribbean. Not much is known about Bonny, one of a few famous female pirates, but the new Elk game takes advantage of historical facts and myths to create an exciting adventure.

Set on a backdrop of several islands surrounded by the sea, the new game features symbols like Anne Bonny herself and several merchants hailing from European countries like France, Portugal and England (high paying symbols) as well as golden, silver, and copper coins.

Calm Before the Storm

The Wild Seas slot features 178 ways to win across its 5x4 grid. The base game is already entertaining, but it is the bonus feature that really brings out what this game is all about: piracy at its finest. The feature is triggered by landing Wild Sea wild symbols on reels and 2 and 4.

The bonus begins with the Break the Convoy! feature! The stack of wild merchant ships starts of on the last reel and tries to move across and escape the pirate ship firing at them. With each spin, one of the merchant ships is hit and slowed down, giving players more chances to connect winning paylines.

Once there is only one merchant ship left on the screen, the second part of the bonus begins, called Loot the Treasures! Treasure chest wilds land on the reels and are hit by the pirate ship to stay in place. The bonus ends once a wild symbol lands together with the gunpowder barrel on the first reel.

The Wild Seas slot promises a lot of exciting action and it has a potential to become quite popular with the players once it hits ELK online casinos on January 11, 2018.