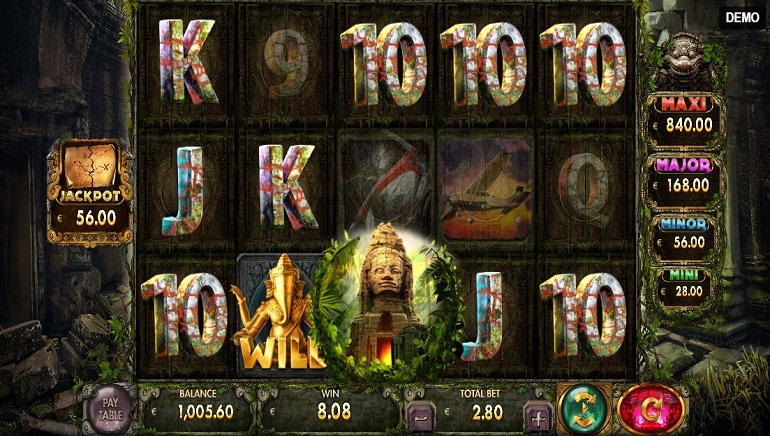 Red Rake Gaming is back in the spotlight with a mobile-friendly, high paying video slot called Secrets of the Temple.

Red Rake Gaming is ready to delight slots enthusiasts with a brand-new game with an original theme and exceptional graphics. The new slot goes by the name of Secrets of the Temple and it was already available in demo format at several casinos. Now it can be enjoyed by players at dozens of casinos and several European countries, on both desktop computers and mobile devices.

Embark on an Epic Quest in the Jungle

Secrets of the Temple is a slot whose name speaks for itself, as players are invited to embark on a memorable adventure. It will take them into the depths of the jungle, as they join the archaeologist in his quest to unveil a hidden treasure. Buried deep inside the Angkor Wat temple, it will make the effort worthwhile, as the slot is rich in special features. Stacked wild symbols and wild multipliers, in conjunction with mystery symbols and free spins further enhance the appeal of the 5x3 reel video slot.

Red Rake Gaming’s latest game has 243 possible winning combinations and players can win a maximum of 729 times the stakes during the free spins round. Mini, Minor, Major and Grand Jackpots provide the avenue to the biggest winnings available, while the stacked wilds and multipliers keep them going.

Behind the charming graphics and immersive gameplay, punters will also discover a slot with a high return to player. Secrets of the Temple is one of the top paying Red Rake Gaming games, with an RTP of 95.3% and average volatility. This means that players who choose to spin its reels will enjoy relatively frequent winnings and higher than expected payouts.

At the time of writing, the game is available in Malta, Curaçao and Belgium and it will soon be offered to players in Sweden, Romania, Portugal, Spain, Italy and United Kingdom. It is perfectly optimized for both desktop and laptop computers and handheld devices. Android and iOS users can spin its reels and have a lot of fun while chasing big winnings.