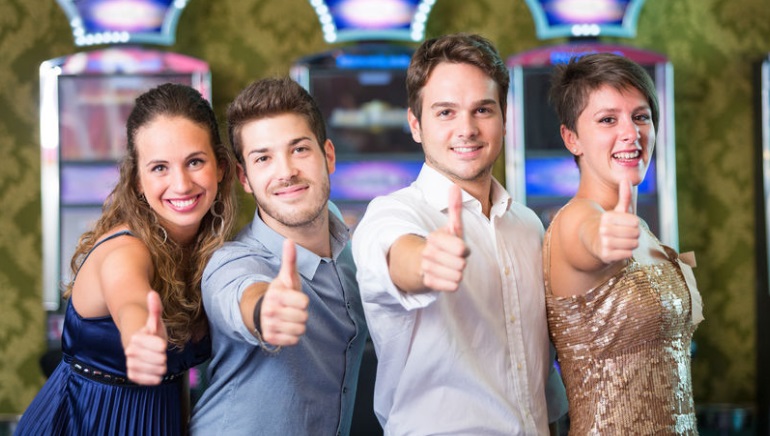 StarGames has made the step up to live casino gaming with the introduction of its Extreme range this May. Extreme Live Roulette is the familiar version of the game, and it will be hosted by trained dealers captured in real-time. An intriguing version, though, is Book of Ra Roulette Special, which is based on the popular slot.

Extreme Live Baccarat provides a laid back table game for players to enjoy. Star Games will have four live baccarat tables, including VIP, Classic Super 6, and Standard Baccarat. Attain a score of nine and you will be rewarded.

Nostalgia is the core theme of Bar 7s, a slot framed in an old school slot machine design. In keeping with the old school, Bar 7s will give players three reels, one payline, and four symbols. Three identical symbols on the payline will trigger a victory. Nudges and free spins have also been integrated.

Magic 27 is the second number-themed slot to feature among the new slots. Retro styling is once again on display. A slot machine design is complemented by traditional symbols like fruits, bells, and sevens. This time, however, there are nine symbols displayed. Land three symbols on the same reel to trigger an all-pay win.

Two Sevens provides yet another numbered slot for players to experience. For this slot, there are now five reels and five paylines. The name of the game is to highlight that landing two sevens on the reels will trigger a win. However, the most lucrative win is to land five seven symbols on the same payline.

Fruit Drops will give players a tasty departure from the number-based naming approach. Spin five reels while trying to match symbols along 10 paylines. Match three symbols on the same payline and these will automatically be locked for another spin in the Lock & Drop feature.