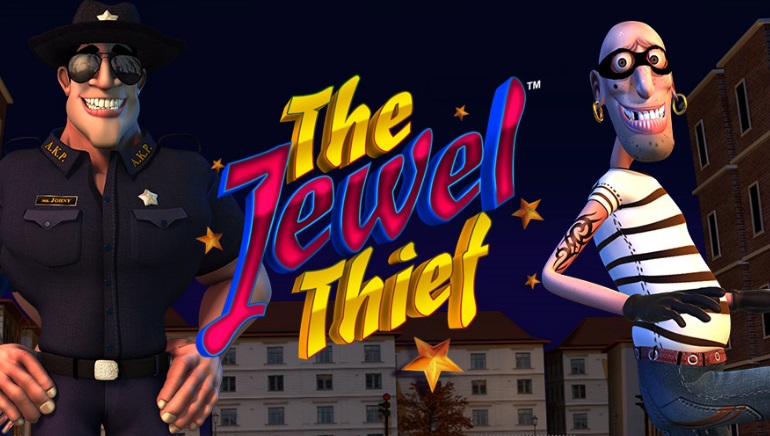 Sigma Gaming have announced the launch of their very first game, after joining in partnership with Odobo. Known as The Jewel Thief, this slot is just one of a total of 45 games which Odobo is now able to offer players via their Marketplace platform.

It wasn’t long ago that Sigma Gaming joined forces with Odobo. Although Sigma Gaming were only founded in 2014, the release of this latest slot game is now underway. Odobo is an online casino games operator which offers several developers’ titles to gamers across the internet. Sigma Gaming isn’t a large enough enterprise to launch their own games, so their partnership with Odobo is a sound business strategy.

The new slot itself is played over 5 reels. With a total of 50 paylines to win on, this heist themed video slot contains superb 3D graphics and a free spins feature which can offer 10, 15 or 25 free games. There is even a bonus game worked into its design, where landing a thief on the first reel, and a police car on the fifth will allow the player to hunt down the thief. For every item recovered from the robber, the player will pocket cash wins. Even though it is played over 50 lines, The Jewel Thief is a relatively inexpensive non-progressive jackpot slot to play.

Odobo’s HTML5 Marketplace platform is currently offering The Jewel Thief, so any online casino which offers their platform should entitle you to play the slot. Online casinos such as Bet365 Casino and Unibet Casino do offer the game and make excellent places to start playing the new video slot, as well as some other top titles, such as Hi Lo Gambler, Golden Money Frog and Pick a Fortune.

SiGMA 2016 Provided a Rollicking Time for All

CryptoLogic on a Jewel Quest