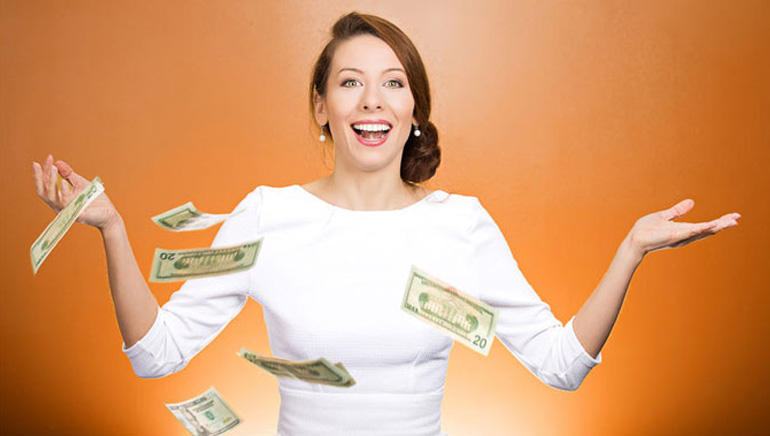 A single mother of four children from North Carolina has just scooped one third of the Powerball Jackpot, claiming a total of £127 million.

A couple of weeks ago, Marie Holmes was struggling to raise her four children in the small North Carolina town of Shallotte. When she gave her Mom $15 to buy five Quick Pick tickets for the Powerball lottery, she unknowingly changed her life, as one of the tickets held all the numbers needed to win one third of the $564 million jackpot.

Holmes, 26, has four kids, all under the age of 7, with her son suffering from cerebral palsy. They were all living in a trailer, and she recently had to give up work to devote herself full time to looking after the children. She didn't know about her win, that had odds of 1 in 175 million, until the morning after the draw, but once she found out she says ''I started screaming and jumping around.''

Now, her life has completely turned around, and at a news conference on Monday she said she was "humbled and grateful" for her family's new opportunity. Opting for the lump sum payment of $127, which equates to around $88 million after taxes, Holmes is planning to travel, finish her college degree and donate money to her local church.

Another winner came from Texas, while an anonymous winner from Puerto Rico also shared the jackpot. Although these prizes were purchased at stores in the USA, sites like The Lotter and Lottery Master are changing the marketplace and opening up national lotteries to players worldwide.

Sites like these work by allowing anyone across the world to purchase tickets online, Then, local agents actually buy the tickets, and should one win, the lucky player is immediately contacted and the prize either forwarded to a nominated bank account, or the winner can travel in person to collect larger amounts. Most of the biggest lotteries are featured at these sites, including the EuroMillions, UK Lotto draw, Powerball and OZ Lotto.

Tonight: $60 Million Jackpot in the US Powerball Draw