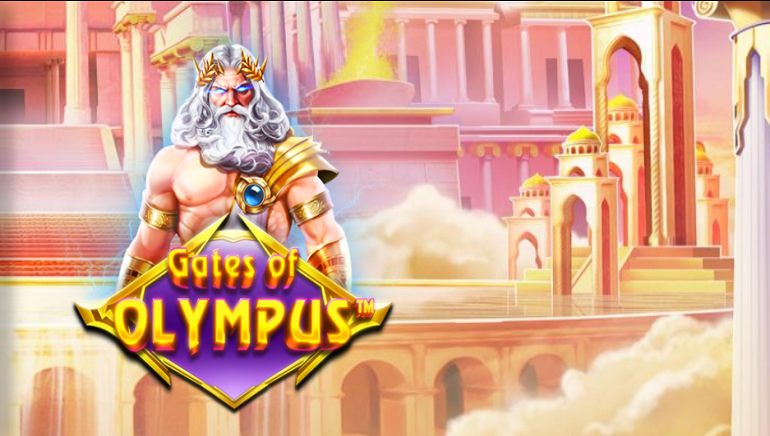 Gates of Olympus from Pragmatic Play features a Pay Anywhere mechanic, cascading symbols, win multipliers, and free spins, making it as mighty as the Greek gods that inhabit the lofty mountain.

Gates of Olympus from Pragmatic Play is an impressive-looking slot with an impressive theme. The Greek god Zeus stands to the right of the reels, which are framed by mighty Greek columns. The gameplay is no less impressive than the graphics. Gates of Olympus employs a Pay Anywhere mechanic along with cascading symbols, making for riveting action on each spin. There is also a free spins round that awards multipliers and a minimum of 15 free spins. While there are plenty of Greek mythology-themed slots, Pragmatic Play has managed to create one that stands out.

Gates of Olympus is a 6-reel, 5-row slot with a default RTP of 96.5% and a 5 out of 5 rating on the developer’s volatility scale. This means that Gates of Olympus is as volatile as the gods who inhabit the lofty mountain. Bets range between $.20 and $125 per spin and the game is playable on all devices.

The cascade mechanism is used in this slot, so when a win is scored, the winning symbols disappear from the grid, making space for new ones to cascade down. To score a win, 8 or more matching symbols need to land anywhere on the grid.

Symbols include lower-paying gems and higher-paying cups, rings, sand timers, and crowns. While there are no wilds, there are multiplier symbols that can increase the total win value anywhere between 2x and 500x. If more than 1 multiplier symbols land, the values are added together and then applied to the win.

When 4, 5, or 6 scatters land on the reels, they pay out 3x, 5x, or 100x the bet, respectively. Players are also awarded 15 free spins. Free spins that produce a win have visible multipliers added to the global multiplier, which doesn’t reset. If 3 scatters land during the free spins, players can win an additional 5 free spins.

Gates of Olympus offers an Ante Bet feature, which raises the stake cost by 25% but also adds extra scatters to the reels, increasing players’ chances of hitting the free spins round. In some locations, a Bonus Buy option is available, which players can buy for 100x the bet.

Gates of Olympus offers enjoyable action in both the base game and bonus round. The Pay Anywhere mechanic is something different than what most slot players are used to, while the multiplier symbols can lead to a 500x multiplier in one spin. Pragmatic Play was also generous in its free spins round, offering a minimum of 15 free spins. Players who are looking for a classic theme with not-so-classic gameplay will do well with Gates of Olympus.