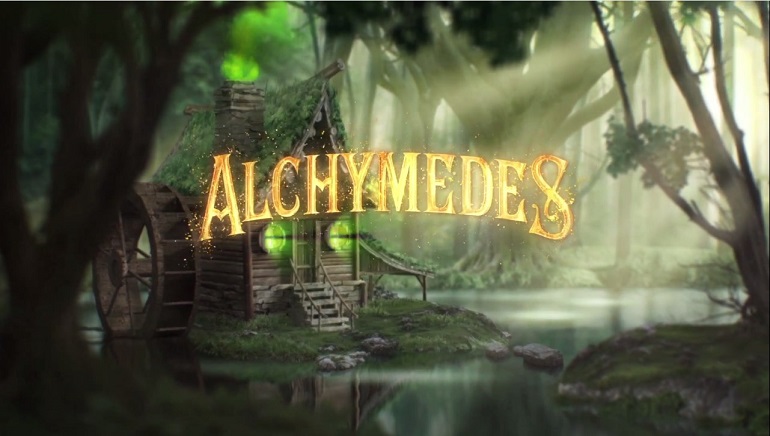 Alchemy is a fascinating subject from years gone by and serves as the inspiration of the Alchymedes slot that comes from Yggdrasil Gaming.

Yggdrasil Gaming continues to demonstrate high production values with every video slot that is produced by the studio. In Alchymedes, Yggdrasil once again flexes its creative muscles in order to create another immersive world for slot players to explore. This time around, players will be able to get a feel for alchemy in the game.

The intro video is striking for the breathtaking clarity that is on display, with players drawn into the quirky surroundings of an alchemist’s lab that is situated in the midst of an enchanting forest.

In the lab itself, players will see intriguing vials of substances on either side of the five reels that can be populated by 30 fixed paylines. And the impressive aspect of the experimental apparatus is that they are tied to the reward system of the slot.

Alchymedes has a control system that is quick and easy to understand. The 30 paylines cannot be adjusted, so the only decision to make will be on the coin value. This begins at £0.01 and will combine with the paylines to allow for minimum bets of £0.30, whereas the top coin value of £2.00 will enable maximum bets of £60 on a spin.

Yggdrasil has outfitted its Alchymedes slot with a level system where completed paylines will mark off areas on the slot. After all 20 positions have been activated then the level will be completed.

Each completed level will give players an edge when they choose from the Alchemist’s Scale, which will present the choice of adding green potion for greater wild potential or else red potion to raise the multiplier potential.

Wild symbols will appear in a pattern that is displayed in the green container, with numerous wilds landing to help players. Meanwhile, the random triggering of the bonus feature will enable players access the multiplier rewards.

Alchymedes does not have a progressive jackpot or symbols with high-value multipliers, as Yggdrasil has gone further in the direction of bonuses. There are numerous highlights, with the random bonus rewards being especially rewarding, while the approach of completing levels is great for unleashing numerous wild symbols at the same time.

You can expect to find the game at Yggdrasil powered casinos like Ikibu Casino, Video Slots Casino and Galaxy Pig Casino.