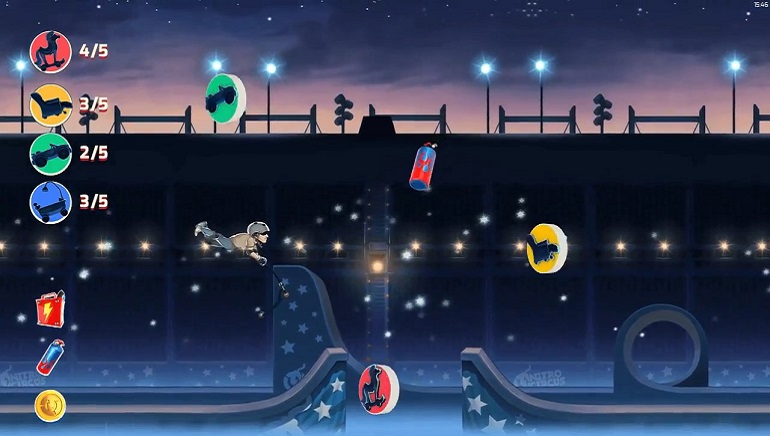 Nitro Circus is the latest slot from Yggdrasil, and it’s the software developer's first branded slot based on the American television show/DVDs of the same name. The slot is loaded with special features and includes a max win of 2000x your stake.

Nitro Circus is the latest slot from Yggdrasil, and it’s the software developer's first branded slot. The game is based on the American television show/DVDs of the same name, which featured Travis Pastrana and his friends traveling around the world and performing all sorts of athletic stunts. Yggdrasil did a pretty good job at creating a slot filled with the same adrenaline-driven antics, along with loads of special features and a max win of 2000x your stake.

When 2 Nitro Bomb symbols land on the reels, the Nitro-Blast minigame is activated, during which players can choose 1 of 5 bombs. Each of the 5 bombs will reveal one of the following:

When players collect 5 of the same vehicle (bathtub, armchair, toy car, rocking horse), the Nitro Jump feature is triggered. Alternatively, the feature can be triggered when all 5 letters N-I-T-R-O land on the same spin (which awards different vehicles). The Nitro Jump feature includes 3 stunt jumps and 1 final boost jump, and depending on the chosen vehicle and the outcome of the jumps, players can win all sorts of prizes, including extra coins, multipliers, and free spins.

Yggdrasil's Nitro Circus is packed with action and special features - altogether great fun for adrenaline junkies who enjoy online gambling. But players who prefer simpler, more straightforward slots may find Nitro Circus too overwhelming. It’s all about personal preference. If you want to try out Nitro Circus to see if it’s your pace, you can check it out at Yggdrasil online casinos.