Slot Review: The Sand Princess by 2 By 2 Gaming 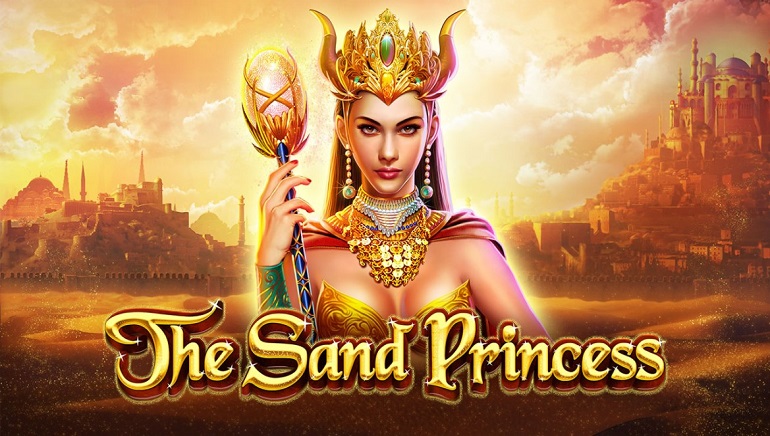 The Sand Princess by 2 By 2 Gaming is set against a backdrop of a golden desert, with palaces, Arabian princes, and of course, The Sand Princess herself, gracing the wheels and triggering special features.

It’s always fun to play slot games that whisk you away to an exotic environment and give you a break from your humdrum routine. The Sand Princess from games developer 2 By 2 Gaming is one such slot; set in the Arabian desert, you can easily lose yourself in the gold-tinged background, vivid graphics, and special features.

High paying symbols include an Arabian prince, palace, white stallion, eagle, green potion, and treasure chest; lower value symbols include the letters J, Q, K, and A. The Sand Princess herself is the wild, and she can land on all the reels but is only stacked on reel 3. A sand timer is the scatter symbol.

Visually, The Sand Princess is a gorgeous slot, and the soundtrack is well-suited to the Middle East desert theme. Plus, you can start wracking up coins in the base game without even hitting a special feature - both the Arabian prince and Sand Princess symbols can score you up to 500x your line stake.

There are 2 special features in this slot that make it worth playing: The Sand Princess feature and the Free Spins round.

The Sand Princess feature is triggered by a fully-stacked middle reel; once triggered, you’ll get 1 of 4 awards:

The Free Spins feature is triggered when scatters land on reels 2, 3, and 4. You’ll get 10 free spins and be allowed to choose 1 of 4 modifier extras, similar to what’s offered in the Sand Princess feature:

While The Sand Princess won’t give you the same rush as an action-packed adventure-themed slot, it can still provide you with a totally enjoyable gaming experience. Because if you take it for face value, it’s a simple, straightforward slot with great graphics, an enthralling soundtrack, and enough special features to keep you coming back for more.