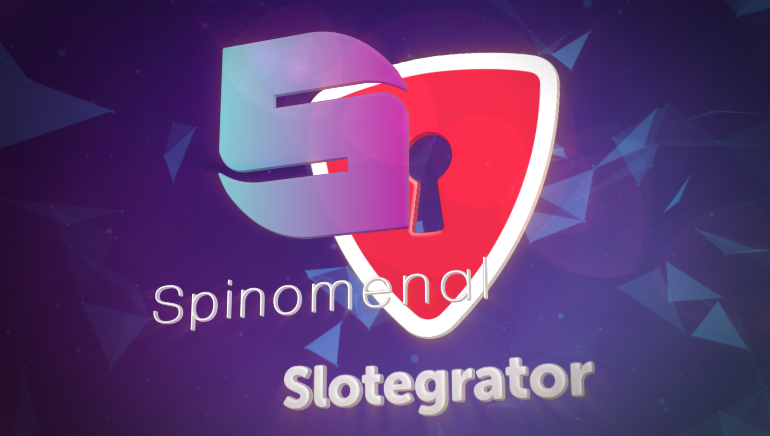 Slotegrator enlists the services of Spinomenal, a developer of casino games that has been innovating the industry since 2014.

Slotegrator has just signed a partnership with Spinomenal, a leading producer of cross-platform casino games. The agreement will allow Slotegrator to expand their collection of games and to better supply its casino partners. By enlisting the services of the casino games developer, it will benefit from the addition of an extra 78 slots. What helps them stand out from the crowd is the quality of the graphics, as well as the unique game mechanics of these high-speed slots.

Slotegrator has built a reputation as an innovator for the online gaming community. Since its creation, the company has embraced revolutionary ideas and games that bring something new in this highly competitive industry. They promote the very features that the gaming community enjoys so much and demands from the new releases. An eclectic mix of free spins, wild and scatter symbols and multipliers make their games a fine choice for amateurs and savvy players.

An Important Milestone for Slotegrator

In the wake of this new partnership, the company will continue with Spinomenal's software integration into online casinos. By expanding the lineup of games with new titles, Slotegrator is set to make its portfolio of games even more attractive for potential partners. Spinominal has been around since 2014 and since then has produced a plethora of innovative games. They promote bold ideas and go well beyond slots, being well versed in the art of creating lottery inspired titles.

Spinominal games have plenty of fans among those who frequent public casinos and an estimated 2.5 million people play their games. The games are fully compatible with virtual and real currency, so they are a good choice for both recreational and professional players. Slotegrator has an impressive track record of only signing deals with top casino games developers and Spinominal falls into this category.