Slots Village Casino Now Has the Seal of Approval

August 2018 is a memorable month for Slots Village Casino, as the brand has just been given the Online Casino Reports Seal of Approval.

It can now be officially confirmed that Slots Village Casino has been granted the Online Casino Reports (OCR) Seal of Approval. Fundamentally, this is a system designed to give players trust and peace of mind when signing up for casinos and other gambling sites that have obtained the OCR Seal of Approval.

In the case of Slots Village, for example, the casino site was reviewed at a score of at least four stars. Ultimately, this was based on Slots Village being graded for a variety of criteria, including the likes of the sign-up procedure, compatibility of devices, processing speeds, software quality, casino security, payment selection, and user support.

Following its review, Slots Village then had to complete a period of 12 months online and eight months with OCR. At the same time, OCR continued to monitor to the brand, so as to ensure that its reputation was being kept clean. Any complaints that were raised at OCR or any other gambling portal had to be resolved or else a promises of resolution granted.

Having adhered to the above criteria, Slots Village was awarded the OCR Seal of Approval as of August 2018. Those joining the casino will be afforded instant access by Windows, Android, or iOS, all while getting to deposit with secure payment methods, such as VISA, MasterCard, and INSTADEBIT.

Slots Village has also committed to obtaining diverse software partners, with some of the better known providers including the likes of Microgaming, BetSoft, Habanero, Parlay, Pragmatic Play, Rival, and Visionary iGaming.

Table games have been installed to Slots Village, but the focus is very much on progressive jackpots and video slots. So much so, in fact, that Slots Village has been granted access to release Hot as Hades, Titans of the Sun, Greedy Goblins, Panther Queen, and Quest for the Minotaur under a Costa Rican licence. 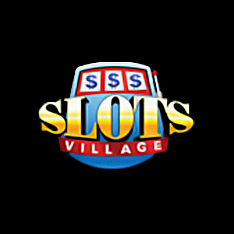