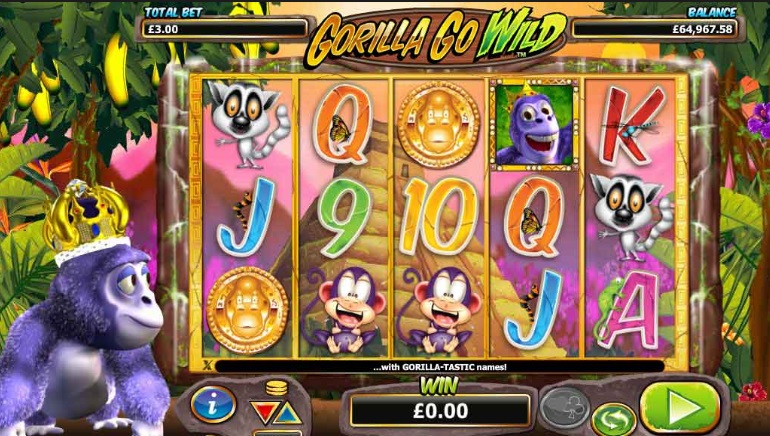 Rabbit in the Hat and Dragons Myth are two of six exciting new slot releases at SlotsMillion this April.

SlotsMillion Casino has just announced six new releases for its players this April in a bumper shipment of games. A range of exciting themes is covered, from animals and fairytales to magic and fantasy. These slot games come from a trio of outstanding developers comprised of Microgaming, NextGen, and Rabcat.

Rabbit in the Hat

Microgaming’s Rabbit in the Hat slot is the first of four released by the developer this April. Magical imagery adorns the symbols of this five-reel slots game built with nine paylines. Trigger a range of dazzling features while trying to win a jackpot of 90,000 coins.

NextGen conceived its Gorilla Go Wild slot as a game for fans of apes. The game is available on desktop and mobile devices and stars a gorilla named Gary who is trying to find a new kingdom in which to live.

A fearless heroine is the star of the Dragons Myth slot unveiled by software developer Rabcat. Dragons Myth is a five-reel slot boasting 20 paylines to win across. Rabcat has added a number of special features, including free spins, wild symbols, and the Dragons Bounty bonus round.

Microgaming has made its Boogie Monsters slot to offer high rewards. In a slot boasting 40 paylines, watch out for the bat symbol because of its lucrative potential. This slot featuring witches and wolves offers plenty of playful thrills.

Fairytales have long provided inspiration in the development of video slots, and now there is a Georgie Porgie slot to experience. Microgaming has designed Georgie Porgie to perform well on desktop and mobile devices, with 15 paylines appearing across the five reels.

Harveys has been designed a dining-themed slot centring around a restaurateur. Microgaming has optimised the slot for desktop and mobile platforms, with 25 paylines present. These games can all be found at SlotsMillion this April.