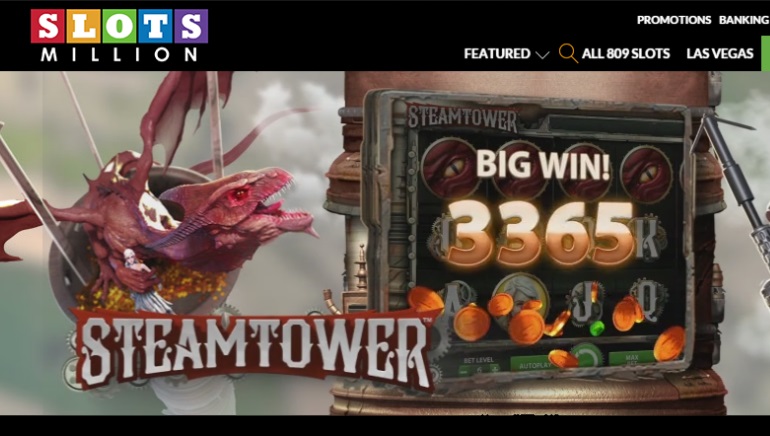 SlotsMillion now has more than 1,000 slots over desktop and mobile devices. Another 12 new slots are coming in April.

SlotsMillion arrived on the market in December 2014, giving players a slot-focused experience rather than offer a wide range of casino game variations. In specialising on slot games, SlotsMillion can now offer players more than 1,000 games across a combination of desktop and mobile devices. After undergoing a software upgrade throughout March, there are now more slots than ever at Slots Million.

April 2015 will see players able to access 46 new slots games coming from four software developers. These include up-and-coming names in the form of 1X2 Gaming, Elk Studios, Quickspin, and Thunderkick. SlotsMillion can now boast a slots library that has been built from 21 software developers, which is a rare feat among online casinos. They even have a feature where you can sort the games according to software developer!

Over 1k Slots this April

SlotsMillion has devoted resources towards expanding its desktop selection to 816 slots, while the mobile slots now number 230. Players will have a total of 1,046 slots to sample this April, and that is before 12 new games are added to the library later in the month.

Psycho is a new slot coming from NextGen Gaming, having been announced back in January. This will be a licensed Psycho slot based on the iconic 1960 thriller directed by Alfred Hitchcock. Spend some time at the infamous Bates Motel, lying beneath the hill with the terrifying mansion.

Another spine-tingling April release is the Dracula slot from NetEnt, which is slated for a release on Thursday 23 April 2015. Gamers will not have to wait too much longer before they can experience Dracula at SlotsMillion.

Rabbit in the Hat is a slot developed by Microgaming and which will be provided on its Quickfire platform. A magician introduces magic as the primary theme. Spin the magic-tinged symbols while trying to build up winnings in a slot with free spins and a bonus game. All three slots will be available at SlotsMillion this April.