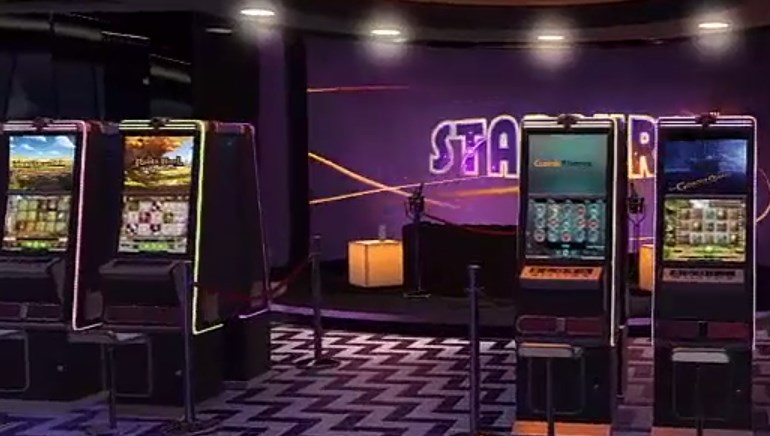 Virtual reality is going on display at full effect simultaneously in Malta and Amsterdam with SlotsMillion virtual casino.

Something truly groundbreaking is taking place at the iGaming Super Show today.

The Casino of the Future

Oculus Rift headsets will integrate participation from players some 2,000 km apart to compete inside the casino-of-the-future together as they watch and react to Twitch footage from the Cash Game Festival on a giant screen.

SlotsMillion, the Innovation of the Year winner at the prestigious EGR Marketing and Innovation Awards, will transport visitors to a 22nd story Art Deco room at the top of a futuristic skyscraper which players will enter after choosing their avatar.

Upon entry, player avatars will head to the SlotsMillion lobby to survey the opulent digs featuring a collection of 40 of today’s hottest, classic, video, jackpot and 3D slots. Best-known titles to be played for Real Money include Gonzo’s Quest, Immortal Romance, Starburst, the Wild Chase, and branded products Basic Instinct and Rambo.

The competition will be streamed live from June 8-10th via the official Cash Game Festival live stream on a massive television visible through the SlotsMillion building’s floor-to-ceiling windows. This mind-bending event will be accompanied by live commentary from the main table during the festival.

“We can use VR to create beautiful, vivid encounters that are more colourful and life-like than real life. It has the power to transport us to another world,” a world whose immersiveness Tomic suggests is incomprehensible until experienced.