Georgia is a huge up-and-coming market for online casinos. The people in the country now have a greater choice of casino sites than ever before.

The European Union was formed with the aim of increasing economic freedoms among member states. In spite of such lofty a dream, it has taken years for a number of EU member states to open up their markets to the prospect of competition.

Previously, the likes of Denmark, France, and Germany were highly restrictive. In contrast, Georgia is not part of the EU, and yet the nation thus far has taken little interest in preventing its residents from playing at online casinos.

In late 2011, and the start of 2012, some operators first spotted interest in online gambling in Georgia after experiencing a growth rate that was double compared to their global operations. The dramatic growth was attributed to the improvement of communication infrastructure in the country, which subsequently led to an increase in the level of internet connectivity for residents.

With a population of close to five million people, many online casino sites have moved into the market to add to the choices currently available to consumers. Estimates suggest that more than 100 casino websites are now serving the residents.

Entry is not without cost, though, as the government typically asks for a couple of million Euros for a gaming license. The length of the licences is expected to decrease from five years to one year as the Georgian government takes greater interest in the industry.

Of the Georgia online casinos available to choose from, there are three in particular that stand above the others. Check them out below to see what they can offer.

Slotty Vegas is a brand new casino for 2014 that is ready to receive Georgian players. New players that join in the summer can claim a deal worth €100 and 25 free spins. Those freebies enable the player to access a range of impressive NetEnt slots and games.

Slotty Vegas also hosts its Super Charged promotion, which results in players receiving more money every time they win. Look out for the “Super Charged” logo to find the games that are eligible for the bonus payouts.

The site greets all incoming players with Georgian as the default language. This eliminates the need for having to hunt around trying to find obscure language settings among various on-screen options.

Play Million has expanded considerably over the past couple of years. And now the site is a multiplatform casino that offers games from multiple software developers – the range of options is huge.

Georgian players that register at Play Million this summer can claim a 150% welcome bonus on their first deposit. Those bonus funds will let them play online slots like Conan, Forest Gump, and The Codfather. Play Million is also a great choice because of its wide selection of enticing casino promotions, including generous bonuses and rewarding tournaments. 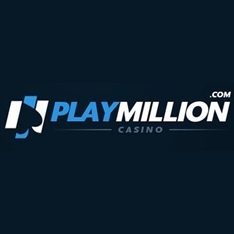