Special: Lucky Slots to Play on Friday the 13th 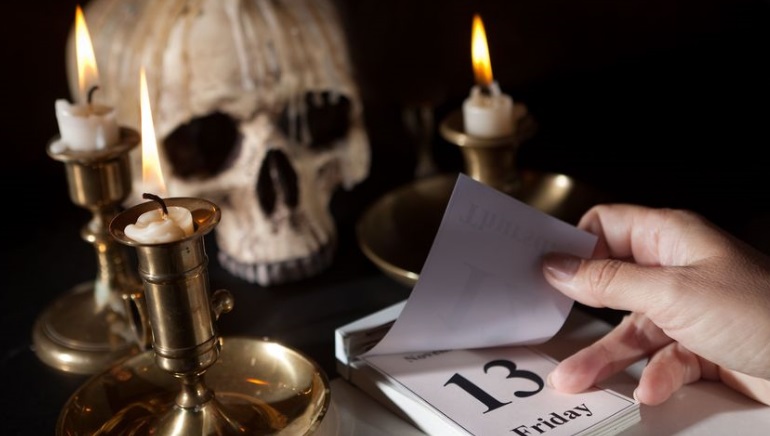 Change your luck this Friday the 13th by playing slots with a lucky theme.

Friday the 13th is believed to be unlucky but we're challenging this belief today. We rounded up two luck-themed slots so you could try to change your luck on this "black Friday", and also thrown two creepy games into the mix for the not-so-faint at heart to play this Friday the 13th. Good luck!

Built on 5 reels and 25 paylines, Lucky Koi features water lilies, turtles, frogs and dragonflies and Koi fish which serve as symbols. The garden scatter can give up to 30 free spins with 5x multiplier, or activate a bonus feature in which players pick between 3 to 6 Koi fish for cash prizes – the choice is up to the player.

A wild symbol substitutes for all symbols except scatters, making way for winning combinations and the option to win the top jackpot worth 125,000 coins. You can try your luck today with Lucky Koi at All Jackpots Casino.

Just in time for St. Patrick's Day, you can take part in the luck of the Irish. Leprechaun's Luck's 5 reels and 20 paylines feature symbols consisting of Irish-style letters, Celtic harps, mushrooms and a pint of Irish stout. The slot's logo serves as the wild which substitutes all symbols but bonus ones, while the scatter symbol comes in three shapes.

The leprechaun symbol gives free spins, the money pot activates the "Rainbow of Wealth" bonus where players collect prizes off a rainbow, and the well symbol triggers the "Wishing Well" bonus that lowers a bucket into one of the reels, collecting prizes as it goes down – all multiplied by the stake of all lines. Play Leprechaun's Luck this Friday at Winner Casino.

Betsoft's House of Fun follows a young couple and their dog who arrive at a creepy haunted mansion after their car breaks down. Inside the mansion, they meet a host of creepy characters who serve as symbols on the slot's 5 reels and 30 paylines.

There are three bonus features: A creepy jack in the box who gives out free spins, the mansion's creepy host who collects bonuses from the reels and a creepy gargoyle which activates the "Escape" bonus round where players pick a door from which the couple will try to escape. House of Fun can be experienced at Vera and John Casino.

Monsters in the Closet

Microgaming's 5-reel, 50-payline Monsters in the Closet takes our deepest fears from childhood and turns them into reality. The symbols consist of many spooky monsters who will light up your imagination. Besides for free spins which can be had up to 12 with 3x multiplier, the slot features three bonus features.

The "Monster Closet" bonus prompts players to pick between closets for cash prizes; the "Scary Slam" bonus functions similarly and the "Destination" bonus teleports players either to a mummy's tomb, a vampire's castle, a yeti's' cavern or a werewolf's cabin where they try to spot the creepy resident for prizes. Play Monsters in the Closet at All Slots Casino.