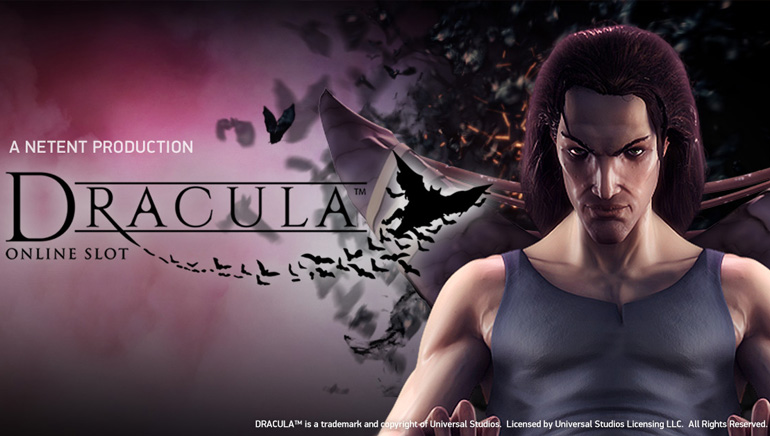 Fresh out of NetEnt's factory, the newly released slots Dracula and Glow deliver players with a high fun factor.

The NetEnt factory doesn't seem to ever take a break - since the beginning of the year, the Swedish online casino software powerhouse has released an impressive line-up of new games. Innovative and fun games like Spinata Grande, Tornado: Farm Escape and Steam Tower have received critical acclaim from players and online casino operators alike. We're putting the spotlight on two of NetEnt's newest games, released only in April: Dracula and Glow.

NetEnt's biggest branded game this year so far available both on desktop and mobile, Dracula is based on the classic 1931 Universal film featuring Bela Lugosi, but the slot takes a more modern approach to the film as well as to the count himself. Dracula is built on a 5-reel, 4-row, 40-payline layout that tells the story of the world's most famous vampire in spectacular 3D graphics that players have come to expect from NetEnt, with games like Aliens coming straight to mind.

The 3D graphics are backed by fun and responsive gaming mechanic with seven coin values going up to a max of 1.00, 10 betting level and an autoplay feature. Dracula himself accompanies players as they spin the reels, reacting to landed wins with a blood freezing roar.

Dracula makes for a fun and smooth gameplay experience, and it really shines when it gets to the bonuses. Landing stacked Dracula and lady symbols on reels 2 and 4 activates 10 free spins, with 2 more added if the stacked symbol depicting the two hugging is landed.

The new Bat feature is especially exciting: During a spin, a random swarm of bats might pop up and land on the reels in cluster formation. Then, the bats all turn into a random symbol which could also be a wild – this creates some big winning potential.

Glow's symbols consist of different fauna that is common in Scandinavia including owls, wolves, rabbits and foxes. Landing combinations of these animals can result in 5 free spins including retriggerables if more combos are hit. A bear serves as the wild, substituting for symbols to create winning combinations and adding a 2x multiplier to line wins.