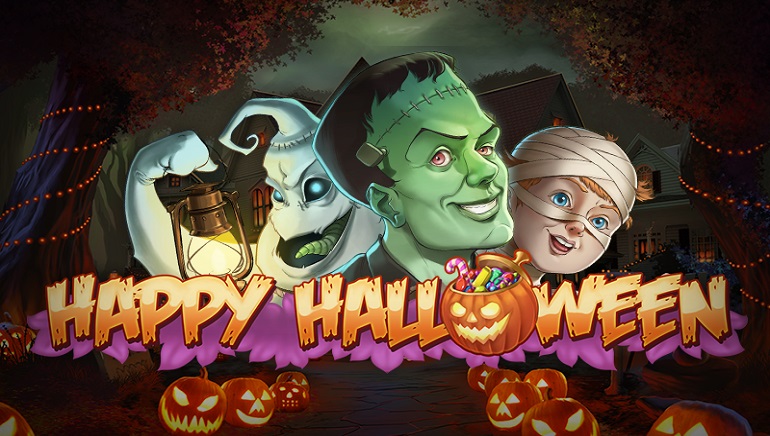 This Halloween, players may like to try out some spooky, scary, creepy or just plain fun slots games to get them in the mood for trick or treating.

Halloween is upon us again, and there are lots of slots games at various online casinos to bring the spooky fun to the nearest PC or mobile device. Whether it's a game themed around hit horror films, or the latest zombie apocalypse, there's plenty of choice for those players who like a good scare at this time of year.

New from Microgaming is Lost Vegas, a zombie themed game which gives players the choice of joining the survivors or the undead. Different bonus rounds play out depending on the side chosen, while fun characters including a zombie Elvis stalk the ruins of Las Vegas. A Zombie Fist of Cash can burst onto the screen after any non-winning spin to award bonus prizes and a Blackout feature brings in even more rewards for those playing at sites such as the suitably named Royal Vegas Casino.

Based on the awesome 1986 sci-fi horror movie, Aliens is one of the biggest games from Net Ent. With interactive features, a first person shooter format and 3D graphics, this game has several levels of bonus rounds that take place around the colony, in the alien hive and finally players face the queen for prizes of up to 240x their bet. The Alien hordes can be found at 10bet Casino.

For more light hearted fun, players could try Grim Muerto, a Play'n GO slot that's featured at sites such as Casino Cruise. This 5-reel, 20-payline slot is themed around the Mexican Day of the Dead festival and has lots of cartoon skeletons bringing in treats such as free spins with extra wilds and payouts of up to 2500x the bet.

Ghost Ship, which is available to play at sites including Slotastic Casino, is themed around dead pirates who still haunt their wrecked vessel. With seaweed-covered playing card symbols joined on the 5 reels by a bell, figurehead and cannon, this slot has a free spins round triggered by the ship scatter symbol and players can win some nice multipliers throughout the game. Ghost Ship comes from the Real Time Gaming developer.

Full Moon Fortune is a classic from Playtech that's ideal for this time of year, with a cool graveyard setting populated by a werewolf. Symbols like silver bullets and a paw print are part of the game, but the action really begins when the full moon symbol starts to turn the unfortunate Dr Blackwood into a werewolf, resulting in higher multiplier prizes. See the transformation occur at 777 Casino.

No list of seasonal games would be complete without a mention of Happy Halloween, from Play'n GO, which features cheerful ghosts, mummies and Frankenstein's' monster across 5 reels and 50 paylines. It's got free spins, multipliers and a gamble round to bring spirited fun to players at sites such as Casino Cruise.