Spooky Spins On The Rock-Themed Helloween Slot From Play'n GO 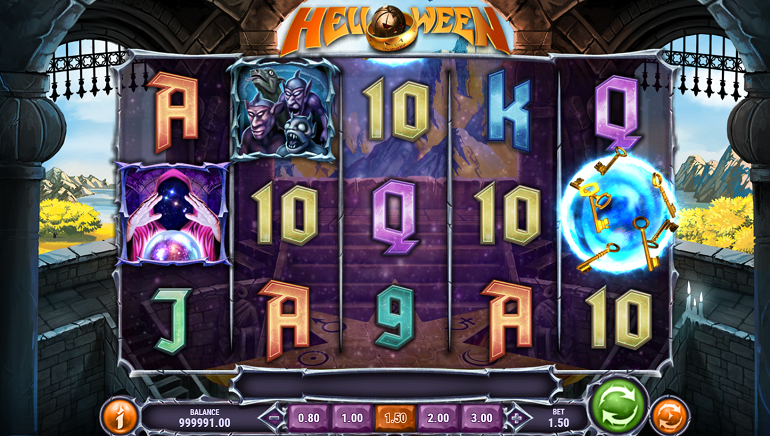 Play'n GO launch their latest game on 15th October 2020. Helloween is based around the German metal band and is timed to coincide with Halloween

The latest slot from Play'n GO is perfectly timed and set for launch on 15th October 2020. Helloween is themed around a German metal band and packs the reels with 6 different wild pumpkins, each leading to various bonus games. Players can win 5000x their stake from the 5-reel, 10-line Helloween slot.

Although players won't see any members of the band here, tracks from the Keeper of the Seven Keys Part I and II play out in the background. Playing card symbols, magical rings and sorcerers are among the images on the reels, set against a backdrop of a room within a castle tower.

Orb scatter symbols can appear, triggering a spin of a Keeper of the Seven Keys Feature Wheel that leads to any of the bonuses. Six of the bonuses play out over the course of 5 free spins, with the Helloween free games feature made up of 7 free games.

The features include the I'm Alive round where spreading wild symbols expand up or down to fill reels before sticking in place. In the Future World spins, expanding wilds also make an appearance. One wild is added to the reels in each of the Eagle Fly Free spins, moving around the game for the rest of the feature.

During the Dr Stein free games, all examples of a playing card symbol will transform into extra wilds for the spin. In the March of Time bonus games, wilds stay active, moving 1 reel to the left in each of the following spins until they move out of view. The I Want Out bonus games sees wilds swallowing up adjacent symbols to fill 2x2 blocks.

The Helloween free spins are also on the bonus wheel. At the end of any feature, it's possible that a multiplier of up to 10x will be applied to all wins.

Helloween will be available in desktop and mobile formats from October 15th 2020.