Squidpot Slot by Bgaming Set for International Release on February 10 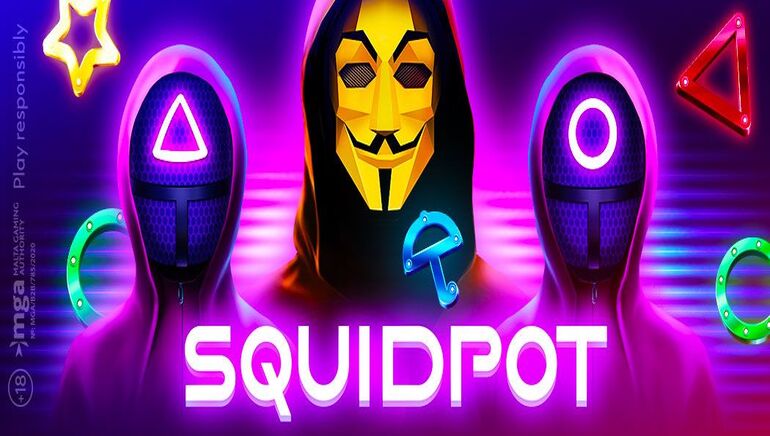 Squidpot is a brand-new video slot from Bgaming, inspired by the famous Korean TV series, with exciting game mechanics and three jackpots.

BGAMING is back in the spotlight with an announcement that will appeal to TV series fans and slots enthusiasts. Squidpot is the latest slot scheduled for release on February 10, 2022, and it is inspired by the famous Korean TV series. Those who have watched Squid Game will surely desire to try this exciting-looking game. Slots fans will be more attracted by the high RTP of 96% and the medium-high volatility. Add to this the fact that the game has a maximum payout of 2000 times the stakes and you’ve got good reasons to be enthusiastic about its imminent release.

Those who have watched the Korean TV series will surely recognize many elements in the scheme. BGaming did a brilliant job at getting players fully immersed into the atmosphere right from the start. The slot has a 5×3 matrix with 25 pay lines and it appeals to prospective players with fancy visuals and sound effects. Those bold enough to embark on the string of challenges will be financially compensated.

The best part is that players only put their luck to the test and can even try the game in demo format. There is more than meets the eye about this new slot, which has not one, but three jackpots. Players can increase their investment up to 2000 times, while the solid return to players will improve their odds of winning. Squidpot is ideal for veteran punters due to its medium-high volatility, yet casual players will surely enjoy it as well.

Wild and scatter symbols are at the cornerstone of most slots and Squidpot makes no exception. The former can replace any other symbol on the reels except for the scatter and coin symbols. It is used to increase the number of winning combinations, while the scatter symbol produces free spins. The Giant Scatter Symbol can only appear during the bonus rounds and it basically re-triggers the free spins. This is when the Blazing Reels pop up, with the massive symbol acting as one covering nine spots on the reels.

Coin symbols also play an important role, with six of them needed to trigger the Coin Game feature. This can be triggered randomly during the regular game, the free spins, and the bonus rounds. As mentioned above, Squidpot also has three jackpots which go by the name of Mini, Major, and Mega. The latter is the best paying one, but in order to win it, you need to have all the 15 cells filled with coins. Bgaming has added the Buy Bonus feature, allowing punters to purchase the Free Spin game or Coin Game.