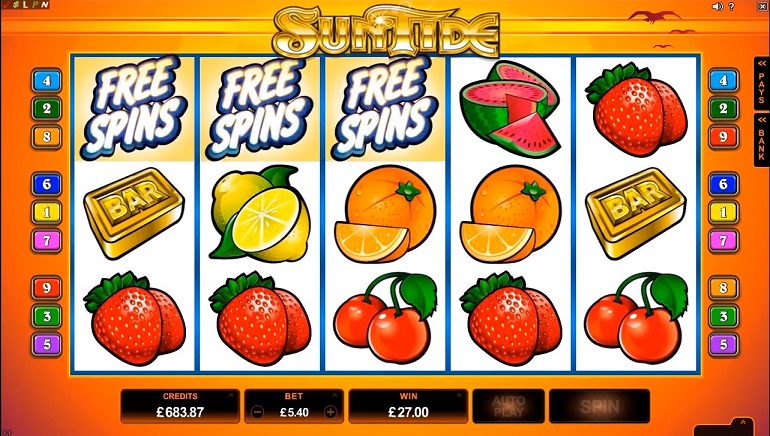 SunTide and Wild Orient are two rewarding new slots for March. Find out more about these new games and where to play them.

Prominent online casino software developer Microgaming has further expanded its game offering, having released two new games on March 2nd: SunTide and Wild Orient. Players will be able to access these through their desktop and mobile platforms. Let's take a closer look at the new games and what they offer.

SunTide will deliver a taste of old-school slot machine style, given the game’s use of bar, 7, cherries, watermelons, and various other fruits as symbols. The challenge will be for players to land winning combinations in sequence on the slot’s five-reel by three-row interface.

Players should expect a potentially low-cost experience on a slot with an affordable nine paylines to cover. And rather than include traditional wild symbols, Microgaming has chosen to use an expanding wild on the third reel instead. The final feature comes when players land three scatter symbols to trigger 15 free spins.

In comparison, Wild Orient has a slightly more sophisticated visual style, which is vital in supporting an adventure set in a lush Chinese jungle filled with majestic tigers, pandas, and monkeys roaming around in the background – each will also feature as in-game symbols.

Microgaming has also packed this five-reel by three-row slot with 243 ways to win, so players will not be short on chances to win. And when they do, there will be the opportunity to gamble winnings with a reel spin. Bigger winnings can equate to larger winnings in this optional side-game.

Wild Orient shares a key similarity to SunTide in that it also triggers 15 free spins with three scatter symbols. At this stage of the game, each and every win will be treated to a 3x multiplier.

The new games will be available at online casinos powered by Microgaming, names the likes of 7 Sultans Casino, Gaming Club Casino, Royal Vegas Casino and others.