Superman Featured as 888 Game of the Month 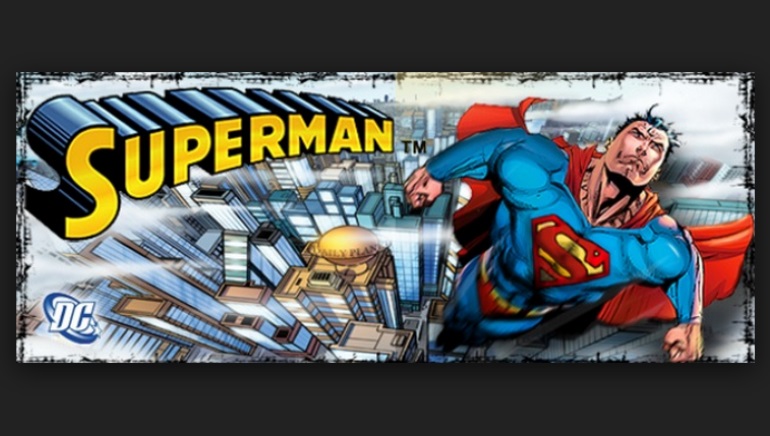 888 Casino has chosen Cryptologic’s Superman slot as its Game of the Month for February. Battle Lex Luthor and release hostages in this epic progressive slot.

While some superheroes came before him, the 1938 debut of Superman marks the true beginning of comic books for many. Now, as we approach his 80th anniversary, Superman is just as relevant as he ever was. For one, he’s set to appear alongside Batman for an epic cinematic encounter slated for 2016. And second, the Superman slot is currently featuring as the 888 Game of the Month.

Lifted Straight from the Pages

Cryptologic has done a marvellous job in transitioning the Superman of vintage comic books to slot game reels in the present. The imagery is outright spectacular in this five-reel slot, with gorgeously illustrated backgrounds serving to frame the gaming action in the middle of the screen. And each of the symbols has been painstakingly designed to appear as comic book sketches.

Superman fans will know that Lex Luthor is the ultimate nemesis of Superman. Other bad guys will come and go, but Lex Luthor continues to go after the Man of Steel. To enter Lex Luthor’s Arctic Lair, land three scatter symbols and trigger the bonus round. Choose to blast open one of three vaults with Superman’s heat vision to rescue the hostages and earn a reward, which will be free games and a multiplier.

The Superman slot also features not one but three progressive jackpots.

888 Casino is the destination of choice for many gamers who seek a multiplatform experience. The setup is one that will let you indulge in innovative features such as live dealers and mobile gaming when you want to shake up the action every so often. And as one of the longest standing online casinos on the market, you also have trust – plus it also helps that 888’s player offers are so competitive. Superman and other great superhero slots like Batman and Wonder Woman are at 888.