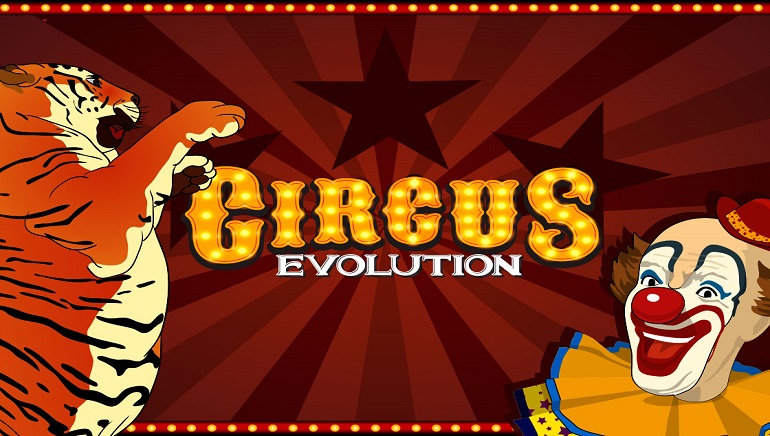 World Match is wowing audiences with its newest slot release, Circus Evolution HD. This slot is all about fun, so get ready to laugh with entertaining clowns, enormous elephants, ringmasters, and more!

World Match is wowing audiences with its newest slot release, Circus Evolution HD. This slot is all about fun, so get ready to laugh with entertaining clowns, enormous elephants, ringmasters, and more!

During the base game, when 3 Free Spins symbols appear on the reels, players are guaranteed a number of free spins. Also during this round, all prizes are doubled. Wilds substitute for any symbol (except for the Bonus symbol and Free Spins symbol), allowing for more winning combinations. There is also the Spin Stop feature, which allows players to stop the spin at any point, making the game go faster and increasing the frequency of play during the session.

Andrea Boratto, Executive Director of World Match, commented on the new release, "Circus Evolution HD is the first release of 2017 and it surely will be only the first of series of successful games. Everybody loves the circus and everybody will enjoy playing this slot, which is an explosion of colours and fun."

It seems only natural that balloons take center stage in this circus-themed slot. In the Bonus Game, players can try to hit balloons with a dart; every time they succeed, their winnings soar.

World Match is both a veteran and a pioneer in the world of online gaming. Created in 2003, it has since then continued to be at the cutting edge of technological developments and quality game production. Today the company boasts a portfolio of over 200 casino games, which it provides to online casino operators all over the world.

World Match will have a stand at ICE Totally Gaming, which will take place in February 2017 in London.