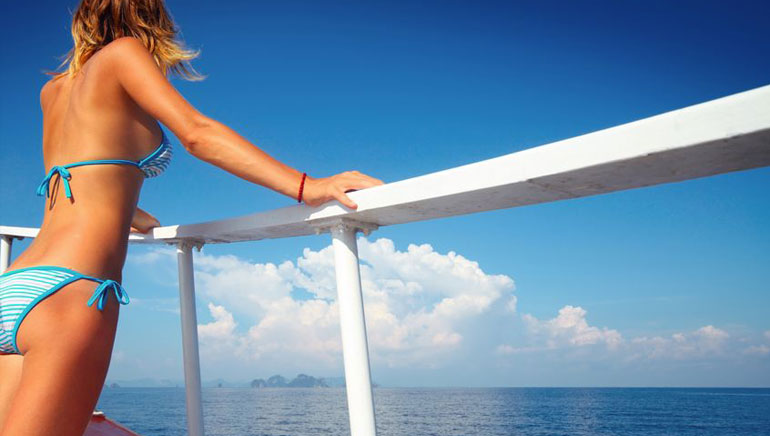 Read all about the lucky players who attended the 2014 Fortune Lounge Cruise, as hosted by Platinum Play Casino in June.

Throughout the first half of 2014, players of Platinum Play Casino had the opportunity to enter a thrilling promotion called the Fortune Lounge Cruise. In total, the promotion was worth approximately $1.3 million and saw 50 double tickets given away for players to attend a luxurious cruise upon a spectacular vessel named Oasis of the Seas. Well, the players have now returned from their June adventure and there are stories to share, courtesy of VIP host Tasneem.

During the course of the cruise there was a nail-biting slots tournament for players to take part in. In the interest of enhancing the VIP experience, large portions of the on-board casino were fenced off exclusively for Fortune Lounge winners. By the conclusion of the promotion, approximately $130,000 had been given away in cash prizes.

The route of the cruise took the players through some beautiful portions of the Caribbean Sea, stopping off in the Bahamas, Saint Martin, and Saint Thomas. While stopping at the beaches, VIP host Tasneem set up a floating bar from lilos to give the players a truly lavish experience. Speaking of which, the cruise hosted black tie events during the evenings to offer a touch of elegance to the experience. Players donned their suits and evening dresses before sitting down to delicious meals in plush surroundings.

Tasneem is convinced that the 2014 Fortune Lounge Cruise improved upon the 2013 adventure because there was less structure this year. There was more time for players to relax and do their own activities, like shopping and snorkelling. Players also had the opportunity to attempt surfing in the ship’s on-board wave pool. It will be interesting to see what improvements can be made in 2015 when the promotion returns to Platinum Play Casino.

Features of the VIP Lounge Casino