The Beasts Are Back with Microgaming’s Jurassic Park: Gold 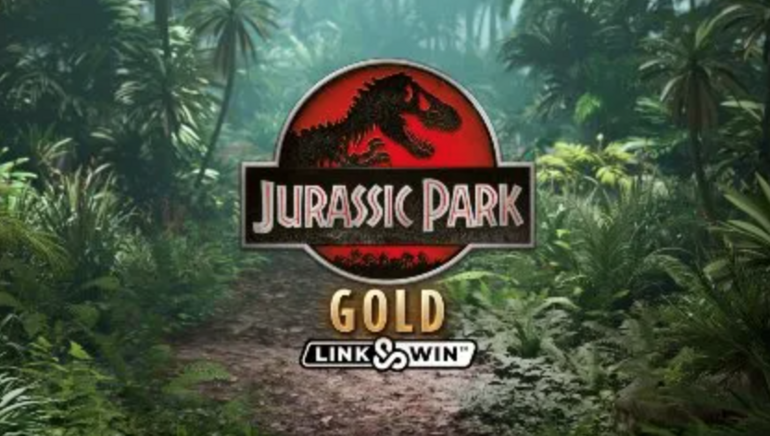 Trailblazing content creator Microgaming has teamed up with Digital Platforms and Universal Games to unleash the beasts with Jurassic Park: Gold slot game. This sequel follows hot on the heels of the smash-hit sensation Jurassic Park™ online slot!

The gaming world is abuzz with talk of Microgaming's latest blockbuster: Jurassic Park: Gold. This larger-than-life slot features immersive audio-visual elements and oversized gameplay. The brand-new slot game – a sequel to the multi-award-winning Jurassic Park™ Online slot was launched in collaboration with Digital Platforms and Universal Games. The brand-new video slot was designed and developed by Stormcraft Studios and is set for a massive debut on February 22, 2022.

The Dinosaurs Are Back, Bigger Than Ever

Microgaming is eager to bring fans of Jurassic Park back to the gaming arena with the launch of this universally popular slot machine game. The characters, dinosaurs, and ambiance of Jurassic Park resonate with a massive worldwide audience. The brand-new in-game mechanics are designed to reel players in with a 5 X 4 reel format, with 40 fixed pay lines. This slot machine game is packed with a variety of features. These include mega jackpots with up to 8000 X payouts on bets, huge multipliers, free spins, and various collection challenges.

The game’s Wild symbol during the base game is the Jurassic Park logo. Players can be awarded 2X – 5X multipliers to boost winning potential. When players land 3+ Amber Scatter symbols, they can gain entry to the feature selection screen where 4 unlockable free spins options are presented to players. This can boost the excitement levels in the game and potentially ramp up players’ winnings too. A unique feature is brought to players' screens. It's known as the WildStorm Free Spins and can transform 5 reels into wilds on one spin. Players can be awarded up to 5000X their bet size in winnings.

While the base game is underway, players will be scavenging for huge jackpot prizes courtesy of the Link&Win™ bonus feature. This is instantly activated when players collect 6+ crackling Powerball symbols. Once these symbols are triggered, a game expansion takes place with the reel array growing to 5 x 8 with additional Powerballs unlocking more rows. Players will watch in anticipation as the grid fills with 40 Powerball symbols and a monstrous jackpot prize of up to 8000X the bet.

Jurassic Park: Gold slot is big on features and entertainment value. Tyrannosaurus Rex is the star of the show with a massive screen presence during the action. The riveting entertainment is designed to bring players deep into the jungles of Jurassic Park where the tension is palpable and the opportunities abound.

Dave Reynolds, Head of Games Strategy & Partner Management at Microgaming had this to say, ‘In true Stormcraft Studios style, the team behind Jurassic Park: Gold have done an amazing job of delivering an immense blockbuster game that lives up to its namesake. Building on the classic dinosaur-themed slot with some exciting new additions such as the Link&Win™ mechanic, this latest installment is sure to draw the same appeal as the epic original.’

Jurassic Park: Gold brings one of the most engaging slots adventures to the screen, eight years after the original game was released. Massive brand-name awareness, combined with the hugely popular Link&Win Mechanic by Microgaming has players engrossed by the action.

The founder and executive producer of Stormcraft Studios, Terence Igesund said, ‘We’re hugely excited to have embarked on the next Jurassic Park adventure, bringing this incredible world to life for slot fans once again.…and, back bigger than ever is the free spins selection, inviting park visitors to explore four dinosaur-themed free spins features, with the Tyrannosaurus rex rounding things off with the colossal win potential of WildStorm.’