The Best Tennis Players Compete on Friday at the Roland Garros 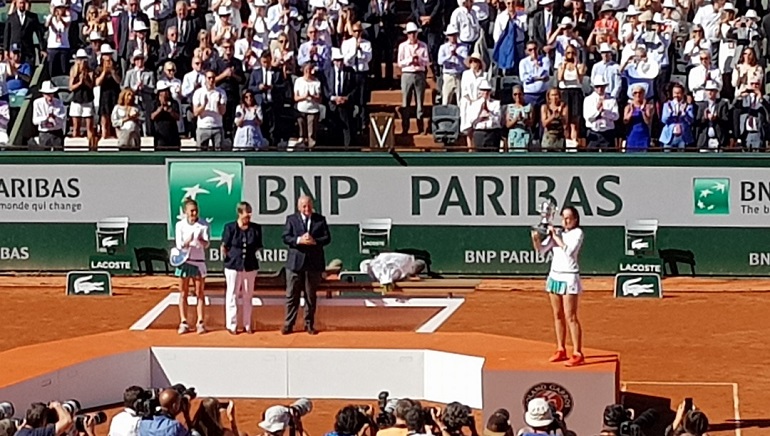 The third round of Roland Garros takes place on Friday, with some of the brightest stars and most accomplished players in the spotlight.

The third round of the Roland Garros begins on Friday, with high profile matches scheduled in the Men and Women’s tournaments. The main favorites to lift the trophy play on Saturday, but there’s no shortage of exciting games involving the strongest challengers.

Casper Ruud is the best Norwegian player and the only one to break inside top 20 in a long time. He is also one of the clay specialists, with a flawless record in 2021, when he only lost four matches on this surface. After a 3-0 of Majchrzak in the previous round, he takes on Davidovich Fokina, another young and promising player. The latter rebounded miraculously in the previous round, but is the underdog in this contest. bet365 Sports gives him odds of 11/5, while Casper Ruud is the favorite with odds of 7/20.

Isner vs Tsitsipas: The Duel of Big Serving Players

John Isner is one of the best serving players in the world and his capable of using his amazing skills on clay. He crushed the previous two contenders without dropping a set and will now face Tsitsipas in the round of 1/16. The Greek is one of the best players of his generation and also among the most in-form athletes in 2021. That’s why, in spite of Isner’s impressive performance at the Roland Garros so far, he is priced at 5/1. bet365 Sports will offer odds of only 1/10 on Tsitsipas to advance to the next round.

Serena Williams can consider herself lucky to have made it this far after a string of unconvincing performances on clay. She defeated two Romanians on the road to the third round, where she takes on countrywoman Collins. The all-American duel is a repeat of the match that saw Serena Williams prevail in three sets in February. She is once again favorite to advanced, with odds of 3/5 at 888 Sport. Danielle Collins shouldn’t be underestimated and 7/5 is tempting after back-to-back crushing wins.

Azarenka takes on Keys in the 3rd Round of Roland Garros

Azarenkais one of the most experienced female tennis players still in the race for the trophy in Paris. She is an all round athlete, capable of performing at similar level on all surfaces, including clay. Madison Keys achieved her best results on hard court, but can’t be ignored as a serious threat on play either. 888 Sport offers odds of 1/2 on Azarenka to confirm her favorite status, while pricing an upset at 3/2. The match is likely to go the distance, with the player from Belarus expected to pick up a hard-fought victory.

The odds mentioned here were accurate at the featured bookmakers at the hour the article was written, respectively on Thursday, June 3 at 9 A.M. UK time.