The advent calendar has begun in earnest, and Santa Claus is coming to town! Seven awesome casino games are zipping across the city at lightning speed and hitting screens worldwide with a festive explosion of colours, excitement, and entertainment. A premier collection of casino game providers features prominently in the best casino games for Christmas.

Cave of Xmas from BF Games

BF Games, a dynamic slot developer studio, is thrilled to announce that the Goblin has returned to the Cave of Xmas online slot. While Santa Claus is planning his Christmas plans this year, the Goblin is busy plotting how to get gold beneath a giant hill covered in snow.

Cave of Xmas introduces BF Games' glittering Buy Feature. This allows players to purchase free spins and not wait for them to trigger. You can choose between 10, 15, or 20 spins at 50x, 90x or 130x the base bet value.

To help him in his quest, the Goblin has Nitro. The Nitro Counter will add any single, double or triple symbol to the reels. The Persistent Wild feature activates when the counter reaches three symbols. This transforms the reel and increases the win potential. Players who trigger the Persistent Wild feature on all five reels simultaneously will be awarded a Full House and a 200x multiplier.

Treasure Chests are a scatter symbol that can appear on any reel. Three, four, five, or five scatter symbols will give you 15, 20, and 25 free spins. The meter will count any Nitro symbols appearing on the reels during these free spins. Players will be awarded the 500x Grand Reward when it reaches 15. You can also trigger the explode feature at any time to blast wild symbols across your reels. 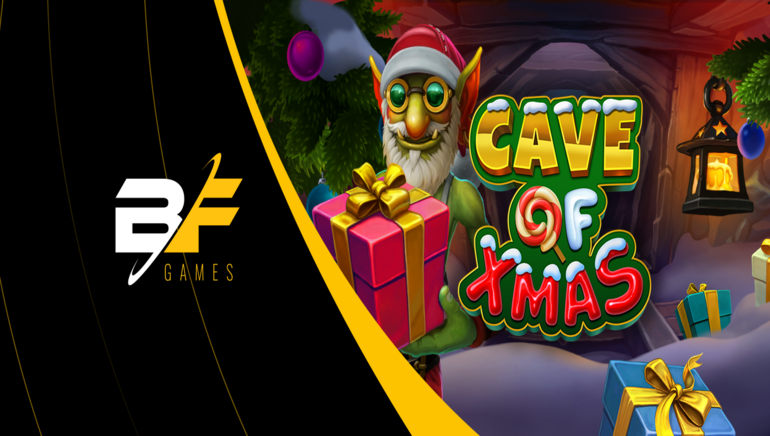 Take a magical journey to a winter wonderland with Pragmatic Play's Bigger Bass Blizzard Christmas Catch™! This 5x4 reel slot offers classic symbols with a festive twist - from fishing rods and snowmobiles to cash prizes in the free spins round. Land at least three scatters in the base game to gain entry to the free spins round and collect instant cash prizes. The addition of a wild fisherman increases the excitement, as each time it lands, all prizes are collected.

Get four wilds and watch the multiplier grow, with a possible retrigger leading to even bigger wins. The game randomly awards extra fish or hooks to reveal even more fisherman symbols, allowing players to experience greater win potential. With enhanced features and a fantastic winter atmosphere, there's no wonder this slot is part of Pragmatic Play's award-winning games portfolio!

Bigger Bass Blizzard Christmas Catch™ is an amazing addition to the Big Bass franchise. It offers players a unique winter aesthetic, terrific features, and progressive bonuses, sure to bring in big wins. 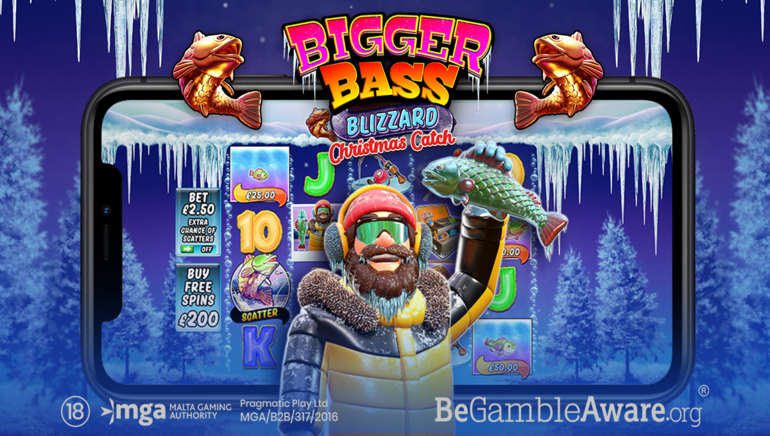 We continue our extraordinary journey across the midnight sky with Pragmatic Play's newest slot game, Santa's Great Gifts™. The game is set on 6x5 reels and features symbols depicting Christmas-themed objects like candy canes, snow globes, and baubles. Players must land at least eight matching symbols on the game board to trigger a win. This causes the tumble feature to activate, where new symbols take the place of winning ones to generate additional wins.

While the reels are spinning, multiplier gifts can appear on the game board with values ranging from 2x to 100x. These multipliers are triggered when a tumbling sequence ends, and the total win is multiplied by the sum of all multipliers.

Players can unlock free spins by landing at least four scatters; additional scatters award extra free spins up to 20 free spins. In the free spins round, a progressive feature is active and starts at level one with multipliers that mirror the base game's values of 2x to 100x. Landing numerous multipliers increases the minimum value of these multipliers up to 50x.

Santa's Great Gifts™ is the latest in a series of successful games from Pragmatic Play, including Gems of Serengeti™, Snakes & Ladders 2 – Snake Eyes™, and the battle-ready Shield of Sparta™ slots. The company produces up to seven new slot titles per month and Live Casino and Bingo games, all of which are available through a single API. 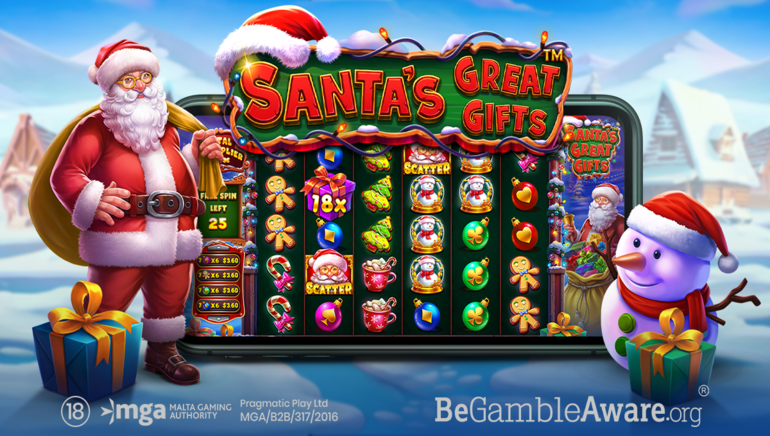 As the holiday season approaches, Yggdrasil has released its latest game, Christmas Plaza DoubleMax™. The game, set in a festive shopping plaza, features 5x3 reels and 25 paylines filled with symbols such as bells, candy canes, and snow globes. In addition, every winning combo in base play is awarded a multiplier thanks to Yggdrasil's Game Engagement Mechanic (GEM) DoubleMax™.

If more than one winning combination is achieved, the multiplier value doubles, leading to potentially massive payouts. The value resets as soon as winning spins come to an end. Players can unlock the Free Spins mode by landing three or more present symbols, which will award a minimum of seven spins. During the Free Spins round, the multiplier does not reset. Players also have the option to gamble for additional spins or take the current number and initiate the bonus round.

Plus, players can double their chances of winning Free Spins by switching on the Golden Bet feature. Players can also instantly access the bonus in some territories via the Buy Bonus option.

It's Christmas time, and in the true spirit of giving, we've rolled out our latest DoubleMax™ hit, Christmas Plaza! Filled with festive cheer and featuring one of our successful GEMs, it's another great addition to our portfolio, and we couldn't be happier to kickstart the season with our newest hit. 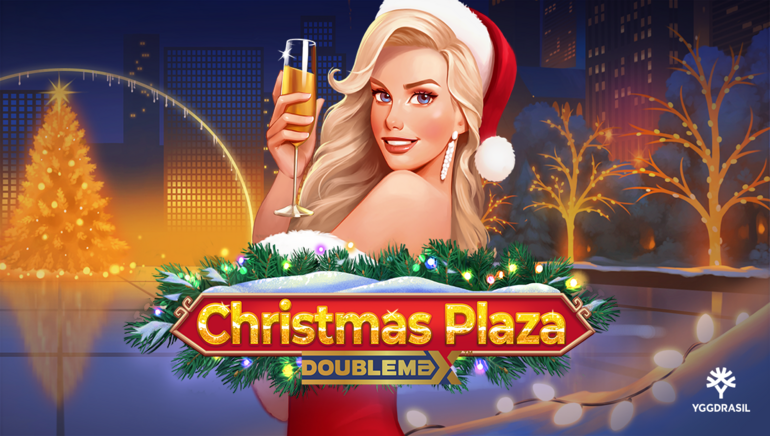 Relax Gaming, a supplier and aggregator of unique content for the iGaming industry, has released Santa's Stack Dream Drop, a follow-up to its popular slot game Santa's Stack. The game offers high-volatility gameplay and millions of potential wins. Players can win in the retro-style 8x8 winter wonderland by landing clusters of five or more matching symbols. Wilds, bonuses, and the Secret Santa Respin Feature help players in their quest for riches.

During free spins, the Secret Santa Feature activates and guarantees Wild symbols at the beginning of each spin. Additionally, players have a chance of landing Wild symbols on every spin. The Dream Drop Bonus can be triggered randomly and offers five jackpots: RAPID, MIDI, MAXI, MAJOR, and MEGA. The bonus gives players 15 choices to reveal three jackpots, and the round ends when three jackpots are revealed.

We hope that combining the excitement of our Dream Drop jackpots and the Christmas cheer of Santa's Stack will create the joyous experience everyone seeks this holiday season.

As the holiday season approaches, Gamzix, an iGaming development studio, has released a festive new slot game called Bonanza Donut Xmas. The game features gingerbread men, candy canes, and doughnuts, giving it a sweet and frosty feel. It has six reels and offers a generous RTP of 96.3% with a maximum win of x13,000.

During the game, players can win free spins, the only chance to catch a doughnut symbol that can multiply the win from x2 to x100. In the Bonus Game, players can receive special rewards such as multipliers and free spins. The game also features a Hot Bet feature, which increases the chances of winning.

Every holiday is like an amazing opportunity for our team to create something special for the players. Because these are just a few weeks in a whole year when you can feel everything differently, and let's be honest, no matter how grown-up we are, Christmas always brings something magical to life. And we want to be a part of it. So please welcome Bonanza Donut Xmas. 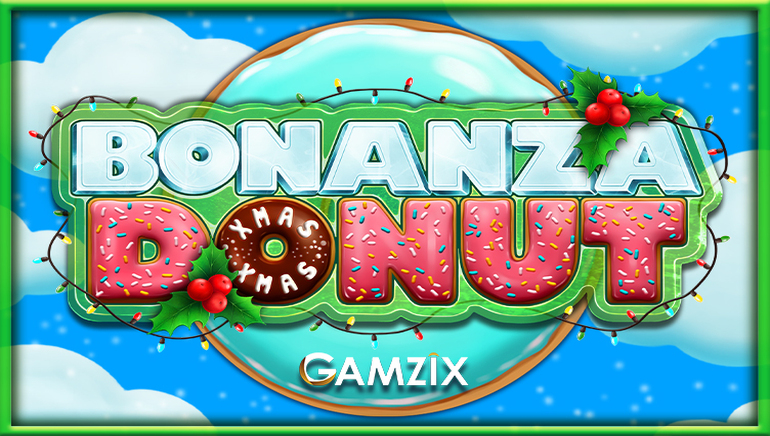 Baking for Santa by WorldMatch

It's the holiday season, and everyone is getting ready to experience the joys of winter! Baking for Santa is an exciting online slot game with bonuses and chances to win. The game's wild symbol substitutes for all symbols except the scatter, and if three scatter symbols appear in the main game, you'll activate bonus features, bonus games and free spins.

Pick one of the three packages to see what type of prize you can win. For example, you could get 3 or 5 free spins; each played with the same stake as the triggering game. During the free spins, you may even get extra free spins. In the bonus game, you can choose one of five dishes, and the dish will reveal a win based on a multiplier and the stake of the spin that triggered the bonus game. So, get ready to win big - Baking for Santa is available now! 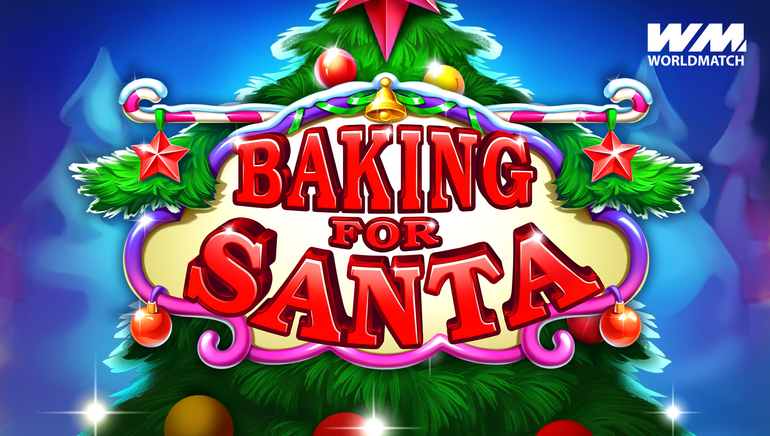