The Sugar Drop Slot is Officially Released at Fugaso Casinos 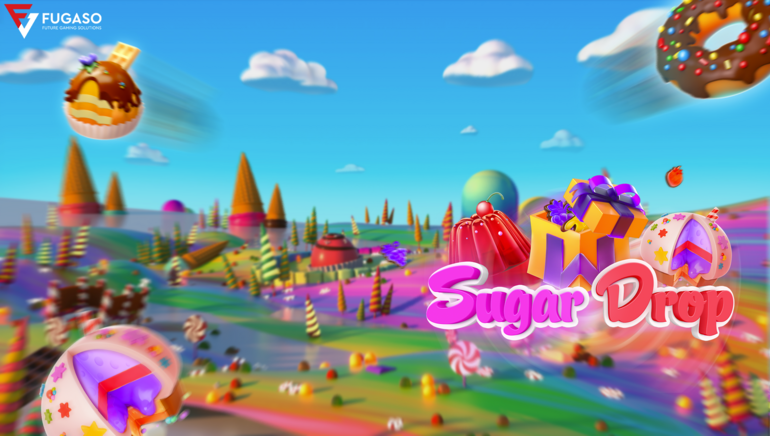 Fugaso has announced the international release of Sugar Drop, its latest video slot with a 96% RTP and maximum winnings of 10,000 times the stakes.

Fugaso is back in the spotlight with a fantastic game that will complement its impressive portfolio of video slots. Sugar Drop is the latest release, and it arrived just in time to make the month of August genuinely memorable. This month is traditionally slow, and software developers are less productive, but this fantastic game is a pleasant surprise for the fans of the genre. A high return to the player, an assortment of special features, and immersive gameplay are the recipe for success.

Fugaso has a reputation for developing immersive games, and the latest instalment makes no exception. Sugar Drop has a unique structure, with seven reels and just as many rows, so the winning combinations are numerous. The maximum win is 10,000 times the bet, so there’s a real chance of boosting your bankroll massively with one lucky spin of the reels. Meanwhile, the standard gameplay is exciting, and the average return to the player is 96%, slightly above the industry average.

Sugar Drop has a random wild multiplier feature, the cornerstone of its gameplay. It can pop up when least expected, and the multiplier can turn regular winnings into massive amounts. The symbol also acts as a 'wild', so it can substitute all the other signs on the reels except for the scatter. Speaking of which, scatter symbols are responsible for triggering free spins, and it is during these bonus rounds you can secure the 10,000x winnings.

Fugaso’s new game is perfect for slots enthusiasts who enjoy spinning the reels of their favorite titles on mobile devices. Android and iOS smartphones and tablets can be used to play this amazing game on real money and virtual currency. It features the Drop Down Reels™ mechanic, which acts as a catalyst for bigger winnings, with flexible minimum and maximum bets.

The game is translated into more than two dozen languages, so punters from various countries can enjoy it in their native tongues. Furthermore, residents of some countries can activate the buy-free spin feature and jump straight to the bonus game. Since this is the moment they have the best chance to unlock a sizable payout, it appeals to high rollers and veterans. The maximum exposure multiplier produces bigger winnings when punters bet a large amount, so the incentive is there.