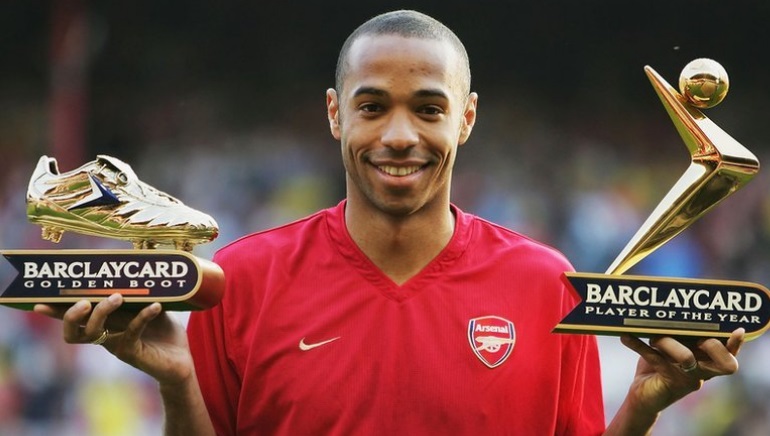 Former Arsenal and Barcelona star Thierry Henry has announced his retirement from football after a 20-year career.

Thierry Henry has announced his retirement from football. In a statement, the 37-year old forward said that he had decided to retire after what he called an incredible journey of 20 years in the game.

In 20 years, Thierry Henry managed to win the Premier League championship, the UEFA Champions League and even the World Cup. Henry began his professional career back in December 1996 with a left foot when FIFA annulled his agreement with for a pre-contract with Real Madrid. But soon the talented player found his way to France's Ligue 1 Monaco where he won a title and he then joined the national team with which he won the World Cup in 1998.

Thierry Henry signed for Juventus back in early 1999 and then Arsenal manager Arsene Wenger secured the talented forward in the summer of that year. The London club is where Henry made his legacy, as he is the club's all-time record scorer today with 228 goals in 377 games across two stints. In 2007 Henry moved to Barcelona, proceeding to win the Champions League in the team's golden days of 2009; he spent the last five years of his career playing in America's Major League Soccer league at the New York Red Bulls, with a small break in a loan back at Arsenal.

Henry said that his favorite ever Arsenal goal was the one he scored against Leeds United at the Emirates Stadium in the FA Cup third round back in January 2012. Nowadays Arsenal is struggling to get back into the Premier League table's top four. The upcoming game between Arsenal and Football taking place next Sunday is summoning a lot of attention and bets, with a great many interesting betting markets at leading online bookies like Winner Sports and bet365 Sports.